Where do sheep watch funny videos? Ewe Tube. What are 100 sheep rolling down a hill called? A lamb-slide. Why did the sheep call the police? It had been fleeced. 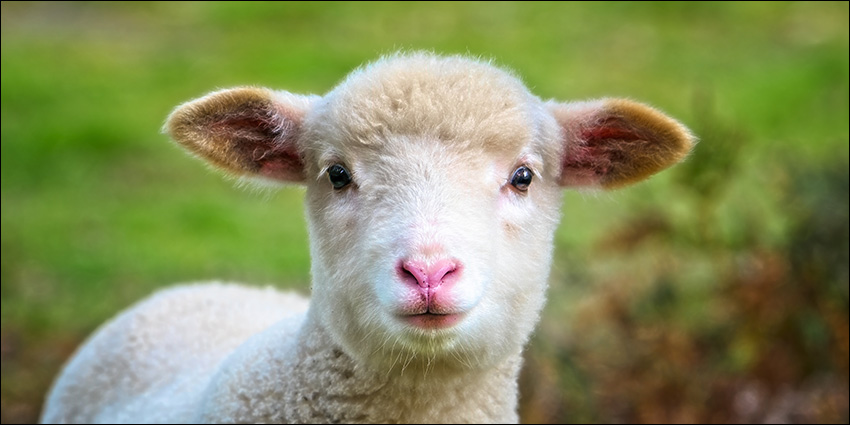 I remember once hearing about an English sheep farmer who moved to Australia and continued to breed sheep there. At shearing time, he called the nearest sheep shearing station to book his flock in for shearing.

‘How many do you have?’ asked the man at the shearing station.

‘No, twenty,’ replied the Englishman.

There was a suppressed giggle and then a long pause while the man at the shearing station could be heard sharing this information with friends. Then, in as deadpan a voice as he could possibly muster, he asked, ‘And what are their names?’

Sheep farming in Australia is conducted on a massive scale compared to the UK but mostly in remote locations. During the three years Richard I recently lived there, the only sheep I ever saw was in a zoo.

One of the things I’m loving about being back in the UK is driving around and seeing sheep (or sheeps, as I prefer to call them) grazing in meadows wherever I go. An astonishing 92% of the UK has not yet been built on and 40% of the country is pastureland with over 23 million sheeps. In Scotland there are apparently more of them than people.

There’s something about the way their fluffy white shapes contrast so beautifully against England’s rolling green hills. I also like that they are sweet, docile creatures. They animate the countryside and make it a happy place to be.

They always seem to be eating so I did some research and learned that they spend an average of seven hours a day munching grass. I’d die of boredom if I had to eat such a monotonous diet for so many hours each day to survive, but they seem pretty contented with their lot.

This year Richard and I have also discovered the joys of sleeping with sheeps, by which I mean we’ve switched to sleeping in woollen bedding. We sleep on a wool-filled futon mattress covered with a woollen mattress protector and a woollen duvet on top.

We made the change during the first UK lockdown, which happened a week after we moved to the UK. Realizing we could be in limbo in self-catering accommodation for months with only ghastly synthetic hotel bedding to sleep in, we did our research and ordered online. I had wanted to try woollen bedding for years but woollen garments make my skin itch so I thought it probably wasn’t for me. How wrong I was. The high-quality organic cotton cover that the wool is encased in makes it totally itch-proof. It’s not an issue at all.

Wool is heavier than other types of duvets but feels delicious to sleep under, like cuddling up with a lovely clean sheep. Not only that, but wool is naturally hypoallergenic and mite-proof.  It’s mildew- and mould-resistant. It’s naturally flame retardant without the need for toxic chemicals used in other types of bedding materials. It’s long-lasting and biodegradable.

Best of all, wool is moisture-wicking, which means it’s wonderfully cool in summer and snuggly warm in winter. Wool and cotton allow your etheric to “breathe”, which results in a much better quality of sleep. It’s a world apart from sleeping under an etheric-stifling, planet-polluting duvet made of polyester that can take up to 200 years to degrade in landfill.

Always look for ethically sourced wool, where you can be sure the sheeps are treated well and sheared humanely. Also make sure the manufacturer takes care to wash the wool thoroughly to remove lanolin and any odour-producing substances. They will usually mention this on their website if they do.

While we’re in the wool zone, I’ll also mention woollen dryer balls. We bought the ones in this photo five years ago, have used them every week since then, and they are still as good as new. 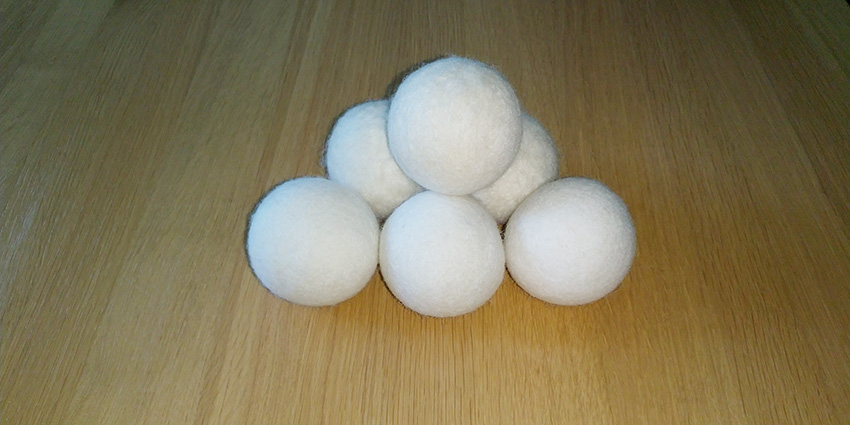 Just throw half a dozen into a tumble dryer with your laundry instead of using chemically toxic dryer sheets or liquid fabric softeners in the wash. Dryer balls are odourless, much quieter than plastic dryer balls, and are also completely biodegradable at the end of their life.

Related articles
Five simple steps to taking control of your laundry
How often do you change your bed sheets?

5 Responses to What’s wonderful about wool