Willpower from a spiritual perspective 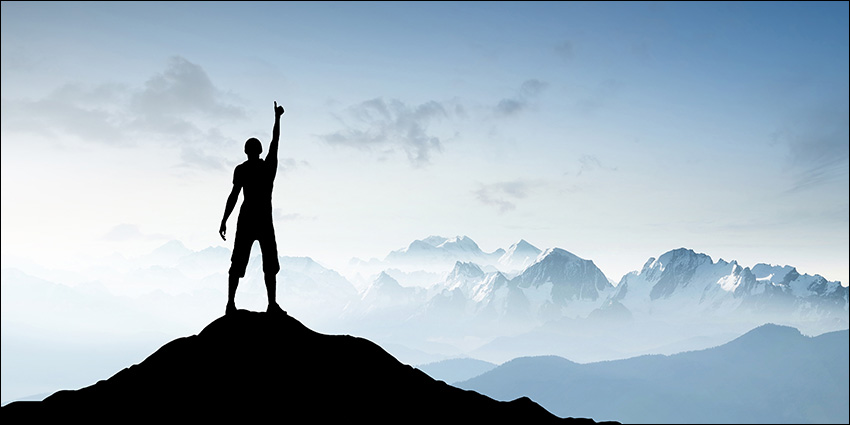 When I first heard the theory that we only have so much willpower and then it runs out, I really didn’t buy it. In my experience, willpower is precisely what you use to overcome feeling too lazy, tired or disinterested to continue until a job is done. The whole point of cultivating willpower is so that you can keep going instead of caving in.

And I do believe it can be cultivated. Some people need to work at this more than others, it’s true, but it can be done.

The ego-depletion theory, first proposed in 1998 by Roy Baumeister and Dianne Tice, stated that willpower is like a muscle that gets fatigued with overuse, and when this happens, it weakens our ability to resist temptations. This was supposed to explain, for example, why someone might break their diet by succumbing to pizza or ice cream after a hard day’s work at the office. Their willpower for the day was all used up.

This theory held sway for over seventeen years and was widely cited by many self-help gurus as an insight into why we find it difficult to finish projects or stop ourselves from succumbing to instant gratifications.

People who’ve heard about it tend to use it as an excuse for why they’ve run out of steam or need to procrastinate a bit longer. It creates a helpless victim-like mentality. If everyone only has so much willpower, they reason, and when it runs out, it’s gone, like fuel in a fuel tank, well, there’s nothing they can do about that, is there? It also conveniently provides a justification for numerous self-indulgent treats whenever the going gets tough.

However, what these people are probably not aware of is that since 2005, the ego-depletion theory has been seriously questioned by repeated studies that have found no proof for it.

The “willpower is limited” theory

New studies have revealed that belief in ego-depletion is a self-fulfilling prophecy. In other words, if someone reads a book that tells them their willpower is a limited resource, and they believe it, then it will be.

This is not to say that those who don’t subscribe to this theory have endless willpower. It still has to be actively developed. But discarding the belief at least means you are no longer subject to a self-limiting false ceiling.

Willpower, it turns out, is a muscle that can be trained just like any other muscle, and there is no limit to what you can use it to accomplish. Habits need to be created to support and reinforce will, and the trick is to begin small by diagnosing and changing habits one at a time (The Power of Habit by Charles Duhigg is a good starting point for this).

Be careful what you invest your time and energy in, though. The Guinness Book of Records contains some extraordinary human feats, including some completely senseless ones, such as the man who recently cut his fingernails after growing them for 66 years and crippling his left hand in the process.

Willpower from a spiritual perspective

There’s a common misconception that genuinely spiritually-oriented folk should live in caves, have no possessions and no ability to generate monetary wealth at all except by begging. This mostly comes from tales of spiritual devotees in bygone times giving up their worldly belongings to find enlightenment, the most famous of all being the Buddha, who gave up his princely heritage to follow his path.

Certainly, in our modern world, there is far too much emphasis on acquiring material possessions, and it can be a major hindrance to any spiritual pursuit. But minimalism is also not the answer. Everyone needs to find the right balance — not so much stuff that it holds them back and not too little that they are not able to do what they’re here to do.

When examined from a spiritual perspective, the most important thing to consider with willpower is the driving force behind it.

When you put willpower into worldly wantings

Willpower is often fueled by worldly wantings such as power, money and fame. Everything else may be sidelined or sacrificed to attain these material goals. If successful, you can enjoy the benefits while you are here on earth but can’t take any of it with you when you go. The best you can do is leave a document (which curiously happens to be called a will) that stipulates who will inherit your gains.

This kind of willpower is a driving force that gets stuff done. But are you in control or is it driving you? Exerting too much willpower of this type over an extended period of time can be a sure-fire recipe for adrenal burn-out or worse. And do the rewards truly bring you happiness? Is enough ever enough? For many, the answer is no. They get caught in a self-perpetuating loop that does not bring fulfillment.

When you put willpower into spiritual aspirations

Most people vastly underestimate how much will is required to follow a spiritual path in modern times. It’s much harder than it used to be because now, to be effective, it needs to be done while living in the world, not by withdrawing from it. And the pace of modern life means it takes serious willpower to work through mental and emotional blockages and scars to be able to access and align with the Higher part of yourself that knows why you have incarnated here on earth and what you are here to do.

This type of willpower is admittedly quite rare. Most people do not have clarity about what they are here to do and do not put any effort into discovering what that might be. But for those who engage this and are resolute in their commitment, will becomes a vehicle they can ride to accomplish great things.

When someone aspires with integrity to selflessly give service, to become all they can be and do all they can do, without limitation, there are high-level spiritual forces that can respond and help. This may sometimes result in personal fame or gain but it’s only an incidental side-effect rather than the end goal.

You might think this requires a magnitude of endeavour that is beyond any ordinary person, but that’s not so. We are all capable of astonishing acts of will if we can unlock that part of ourselves that genuinely wants to make a difference in the world and has the determination to see it through. Willpower then becomes not something you have to train yourself to have but a force that arises with such enthusiasm from the depths of your being that it makes you unstoppable.

3 Responses to Willpower from a spiritual perspective