Why sugar in your diet is like clutter in your home 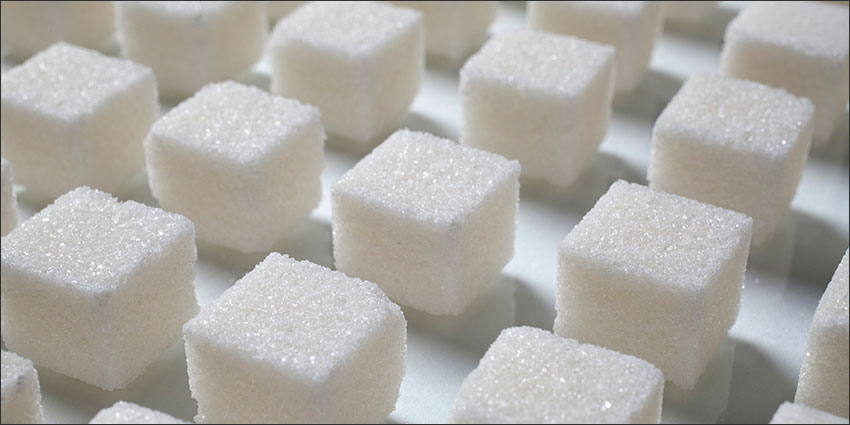 There’s a wonderful story in the opening paragraphs of William Dufty’s bestselling book, Sugar Blues, where he describes his first encounter with Gloria Swanson, the biggest Hollywood star of the 1920s, who he met at a lunchtime press conference held in a building on New York’s Fifth Avenue.

I unwrapped my sandwich, sprung the lid off my coffee jug, picked up a sugar cube. I was unpeeling it when I heard her commanding whisper: ‘That stuff is poison,’ she hissed. ‘I won’t have it in my house, let alone my body…’

I dropped the sugar cube. I notice the space in front of Miss Swanson was bare of clutter. She wasn’t having any of our picnic. She had brought her own – a piece of tree-ripened, unsprayed something. She offered me some. I had never tasted anything better in my life. I told her so.

‘It haunted me for days,’ he wrote. ‘Whenever I reached for those sugar tongs, I would draw back and think of her injunction.’

He’d been addicted to sugar since he was a child so dropping the habit wasn’t easy. But he did it. Within five months he had dropped all his excess weight, from 205 pounds (93 Kg) down to 135 pounds (61 Kg), and all his chronic health problems melted away too. In his own words, ‘I ended up with a new body, a new head, a new life.’ He also eventually ended up with a new wife, marrying the illustrious Gloria Swanson some years later.

I first read William Dufty’s book in 1987 and immediately gave up sugar myself. Reading the book has that effect. It wakes you up to how we’ve all been duped into thinking that sugar is a harmless treat, when in fact it’s a toxic substance that is a major factor in obesity, tooth decay, diabetes, heart disease and other illnesses, and which pours massive profits into the coffers of multinational corporations who don’t give a hoot about our health. Any time sugar starts straying back into my diet, I read the book again, and I’m back to zero sugar in a matter of days.

At first, it takes a fair amount of willpower to give up sugar, but after the addiction has gone, which most people find takes only two to four weeks, living sugar-free settles into a balanced way of life. When I see something sweet on a supermarket shelf now, I sometimes fondly remember the taste. But then I remember the agenda of the giant sugar industry behind it and the after-effects I would feel in my body if I ate it, and I happily walk away.

The truth about sugar

What most people don’t realize about sugar is that it has a very dark history. Its cultivation lay at the heart of the development of the slave trade, and the lucrative income from sugar taxes was the main reason governments turned a blind eye to the issue for so long. Nowadays, the blind eye is being turned to the issue of everyone’s health.

The fact is that sugar has no nutritional content. In fact, it actively leaches vitamins and minerals from the body. In an emergency situation, you will live longer if you eat nothing rather than eating sugar.

A woman who came to one of my workshops gave a memorable testimony to this. She told how she had been in a Nazi concentration camp and wisely didn’t eat the sugar cubes or candy bars that were handed out by well-meaning American rescuers. She survived. Those who ate them died in agony very quickly.

Another story I often heard when I lived in Bali concerned some nursing mothers, whose milk had dried up because they had no food to eat during a period of national hardship. They hit upon the idea of feeding their babies sugar water and sadly, all their babies died. The babies who were fed plain water were emaciated, but most of them lived.

Sugar is now in so many foods, disguised in the form of corn syrup, rice syrup, molasses, barley malt, maltodextrin, and just about everything ending in -ose (fructose, glucose, sucrose, sucralose, dextrose, lactose, maltose, and so on). Even so-called healthy forms of sugar such as honey, maple syrup, agave, brown sugar, coconut sugar and fruit juice concentrate affect the body in the same way. Honey, for example, has a lower glycemic index than refined sugar, so does not cause blood sugar levels to spike as quickly, but it has a lot more calories and affects our organs just as much as other sugars do.

If you check the labels on packets, you’ll find sugar is in foods you might not have suspected, such as bread, soups, sauces, salad dressings, health bars, yoghurts, baked beans and most breakfast cereals. Sushi, on average, contains a tablespoon of sugar for each cup of rice, and sugar is commonly injected into processed meats. The list goes on and on.  Even natural fruit is so much sweeter now than it used to be that we need to limit its consumption. Many nutritionists recommend only one or two pieces of fruit a week, or even none at all. And, of course, high levels of sugar are in all fruit juices, soft drinks, energy drinks, and alcohol.

To learn more about hidden sugar, there’s a very informative film featuring Hugh Jackman and Stephen Fry called That Sugar Film. Written, directed by, and starring Damon Gameau, it documents what happens when he starts eating so-called healthy foods that are laden with sugar after being sugar-free for three years. Here’s a preview of what it reveals:

I ate 40 tablespoons of sugar a day. This is what happened.

In the UK, multiple tooth extractions resulting from extreme tooth decay are now the main reason why children are admitted to hospital, and according to Professor Dame Sally Davies, the Chief Medical Officer for England, the cost of treating obesity has risen to more than the national spending on the police, fire and judiciary combined. The situation is completely out of control. Jamie Oliver’s successful campaign for a UK tax on sugar drinks was a step in the right direction but a drop in the ocean of educational change that’s needed.

To appreciate why so many people are hooked on sugar, it’s necessary to understand that it is not just chemically addictive. It also affects us at a subtle body level. The sugar rush we are all familiar with is not as intense as the high that comes from taking drugs such as heroin or cocaine, but it has some similarities. We crave sugar because it creates a thrill that can be felt in the blood stream and brain within minutes, and mimics some of the natural feelings of well-being that accompany high spiritual states of consciousness. However, as with drugs, it’s a false high that is always followed by a crash, making us want to consume more to experience the thrill again.

You may be interested to know that this roller-coaster effect is one of the main reasons why it’s a prerequisite for the professional space clearing practitioners I train that they eliminate sugar from their diet. If their blood sugar is constantly surging up and down, it will seriously skew their perception, and they will not be able to accurately feel, interpret and work with energies in buildings. And if they rely on false highs to get them through the day, they will not be able to access the high-level spiritual platform from which an authentic space clearing ceremony is conducted. Excessive sweetness in the blood also puts them more at risk for picking up entities in the buildings they clear because it’s very common for entities to be attracted to sugar.

How to quit sugar

As the title of this article suggests, sugar is a form of clutter in the body, and the key to quitting it is the same as for clearing clutter. It begins with a fundamental change of standpoint.

In the same way that many people become motivated to clear out the junk in their home when they realize it’s a liability rather than an asset, so it becomes very much easier to reduce your sugar intake or eliminate it completely when you see how you’ve been conned into wanting it. You may have grown up with it, but that doesn’t mean you have to keep consuming it. You may like it, but your taste buds can be re-educated. You may think you need it, but when you get past the craving, you won’t feel that way anymore.

The bottom line is, if your life isn’t sweet enough, eating sugar won’t fix that. In fact, it will eventually add to your woes in the form of brain fog, lethargy or health issues in one form or another.

In our impatient, fast-paced, quick-fix, instant gratification world, it’s easy to see why so many people seek the easily available satisfaction of sugar. But in the same way that sugar offers only empty calories, so the main psychological ailment of modern times is an empty and meaningless life. There are other factors involved, of course, but there’s a clear connection between the two.