Why cordless phones are not cool 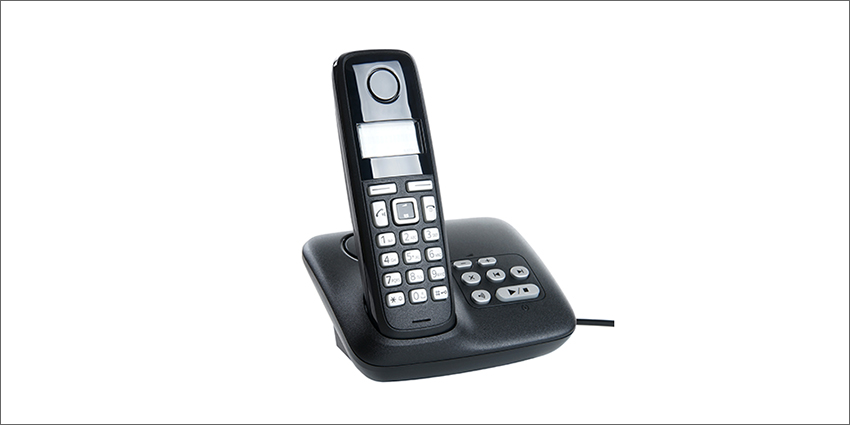 Most people would not want a cell phone mast located in their garden or anywhere near their home. But very few realize that using a cordless phone exposes them to a similar or even higher level of microwave radiation. It’s like having a cell phone mast right inside your home.

Digital Enhanced Cordless Telecommunications (DECT) phones emit the same type of pulsed microwave frequencies into your head as a regular cell phone (that’s why your ear gets so hot when you use one). But unlike cell phones, which poll for signals intermittently, most  cordless phones are designed to poll for signals at full strength 24/7, whether you actively use the phone to make a call or not.

Worse still, if you don’t have a cordless phone yourself but your neighbour does, the effect can be almost the same because microwaves travel straight through walls.

Very often when I do consultations in the homes of clients who report a range of health problems or difficulty sleeping, it can be traced to the cordless phones they are using. Sometimes all that’s needed is for them to replace their cordless phones with a good, old-fashioned non-electric corded phones, which emit no microwave or electromagnetic radiation at all. The change is pretty much instantaneous.

For others, especially anyone experiencing poor quality of sleep, rapid or irregular heart rhythms, chest pains, or high or low blood pressure, there may be a need to also reduce their exposure to other forms of microwave radiation too. This means only turning on and using their cell phone phone when absolutely necessary (ie. a real emergency, not just for convenience), and using wired broadband rather than WiFi.

For some, this may feel like too much of a lifestyle change, or too much of an expense, but it costs nothing to give it a go for a few weeks to see if it makes a difference. Most people are amazed how much better they feel, and some report they are able (after taking advice from their doctor) to reduce or stop taking prescribed medications they previously expected to be on for the rest of their life.

How to check your cordless phone

The best way to check your cordless phone is to use a special meter designed for the job. I recommend the Acoustimeter or Acousticom 2, both of which will tell you if microwave levels are within tolerable ranges or not. If you have a standard cordless phone, the readings are likely to be at the top end or off the scale completely.

You can also get a rough idea of the problem by using a portable radio on AM setting. Turn the dial to slightly off station at the lower end of the AM frequencies, so that all you can hear is static. Then slowly bring the radio close to the phone when it is resting in its base station. If the static becomes louder as you move the radio nearer to the phone, then you have the type of DECT phone that is always on.

To reduce your exposure, move your cordless phone as far away as possible from anywhere you spend extended periods of time during the day, and turn it off at the mains during the night while you sleep. Or, if you feel you absolutely must have a cordless phone, invest in one of the new ones that has an Eco-DECT setting and does not emit radiation when the phone is docked in its base. Some new models also have reduced level radiation when in use. However you will need to read the small print before buying, because some so-called ECO phones do not have either of these functions.

Eco-DECT phones have been available in Germany for some time, and can now be purchased in many other countries around the world (look for the Siemens Gigaset brand). I’m not recommending them, you understand. They are just much less of a health risk than the old-style DECT phones that so many people have lurking in their homes. The best solution by far is to switch to a regular corded landline.

And what to do if you don’t have a cordless phone but your neighbour does? Click on the link below to find a solution for that.

Related articles
How to shield your home from neighbourhood WiFi

2 Responses to Why cordless phones are not cool