Why it helps to wear something red when clutter clearing 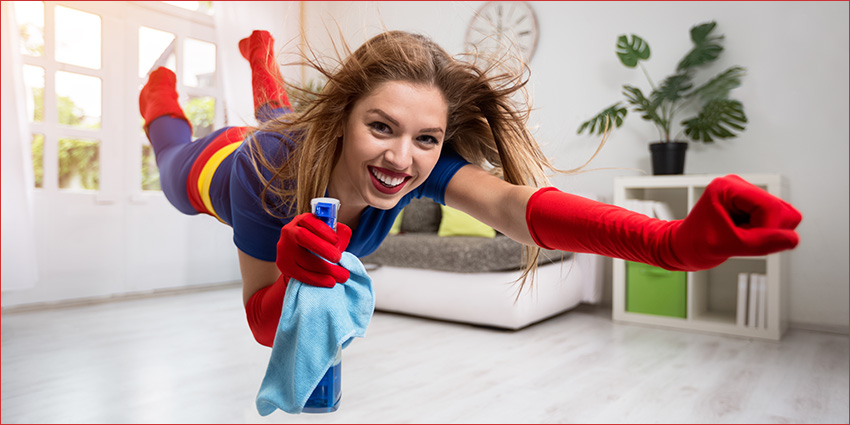 One of the tips I often give people to help them get going with clutter clearing is to wear something red.

In my Clear Your Clutter book I explain, ‘Just as red dancing shoes make your feet feel like moving, so wearing red clothes make you feel like taking action. If you don’t have anything red, then wear colours from the warm end of the spectrum (orange, yellow, etc) rather than cool colours such as blue. Many people keep clutter as a way of comforting themselves, so if you wear warm, comforting colours rather than cool ones while sorting through your stuff, you’ll find it easier to let things go.’

I’ve also noticed that wearing the colour red generally makes people feel more able to get a job done and keep at it until it’s finished. The fiery quality of the colour has the effect of boosting stamina and staying power.

Scientific research into the effect of red

I arrived at my conclusions after many years of working with clients and now researchers are starting to gather evidence that wearing red in certain situations gives people a leading edge to success. For example, a study led by Martin Attrill at the University of Plymouth in the UK has found that English soccer teams Liverpool, Manchester United and Arsenal between them won 38 out of 63 league titles during the 56-year period from 1947 to 2003, and were ranked in first, second and fourth places respectively in home wins. What do they all have in common? They all wear red.

Another study (by Hill and Barton) showed that teams wearing red in the Euro 2004 soccer finals in Portugal won more games and scored more goals than teams wearing other colours. I don’t have the faintest interest in football myself but find these studies very interesting and not at all surprising.

And, of course, there’s Tiger Woods’ famous red Sunday shirt that he always wears on the final day of a golf tournament. The psychological advantage this gave him is considered by experts to be a contributing factor in why he became one of the most successful golfers of all time. It remains his signature Sunday colour, so much so that it’s considered very bad form for anyone else to wear red on that day when competing with him.

You don’t have to dress from head to foot in red but it really does work well to wear a red top of some kind when clutter clearing. I think this is because the process predominantly involves handling things with the upper part of the body.

I’ve given this tip to thousands of people who have taken my Fast Track Clutter Clearing online course to help them get started and keep going with clutter clearing, and the feedback about how much this helps has been tremendous. So simple, yet so effective.

And if you’re experimentally inclined, here’s something else you can try. Since the hands are the most involved in clutter clearing, wearing red gloves can help even more. It also makes clutter clearing much more fun!