Why we need to stop 5G on earth and in space

5G technology sounds like an improvement on 4G. But if you’re a human, animal or plant, it’s very bad news indeed. If you read nothing else today, please read this. 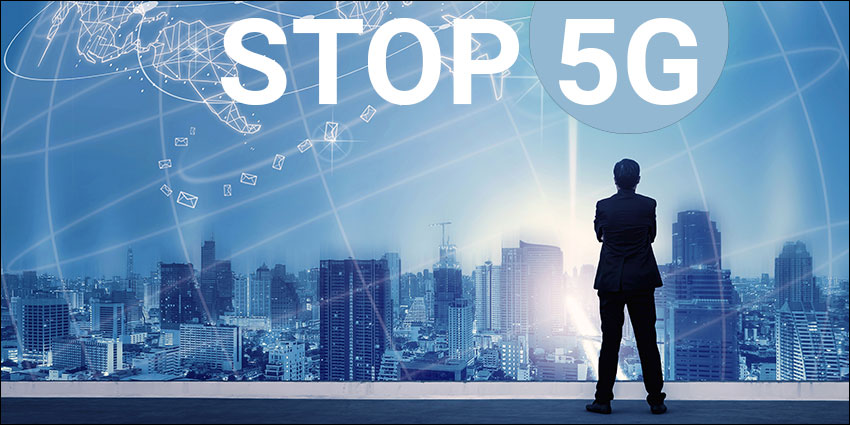 Lloyd’s of London is the world’s leading insurance market, with a reputation for insuring what no-one else will insure, from Dolly Parton’s breasts (£3.8 million) to David Beckham’s legs (£100 million). But it categorically will not offer insurance for health damage caused by electromagnetic radiation. It’s considered too great a risk.

‘Putting in tens of millions of 5G antennae without a single biological test of safety has got to be the about the stupidest idea anyone has had in the history of the world.’ So says Martin Pall, PhD, Molecular Bioscientist at the University of Washington.

And he’s not alone. So far, over 134,000 science, technology, engineering and mathematics (STEM) experts have signed an international appeal to the UN, the WHO, the EU, the Council of Europe and governments of all nations to stop the rollout of 5G.

The Swiss are out in their thousands protesting in the streets about 5G. Mill Valley, California has banned it. The Belgium government halted a 5G trial in Brussels last April. Australians, Britons, Canadians, Germans and people from many other nationalities are urgently petitioning their governments to put a stop to it. And there are “STOP 5G” Facebook groups all over the world campaigning for the 5G rollout to be prevented.

What’s the problem with 5G?

The first generation of wireless mobile telecommunication (1G) was launched in 1979. Since then we’ve had 2G, 3G and 4G. But 5G is not just an upgrade from 4G. It will be tens to hundreds of times more powerful and will use a completely different technology that has never been tested — one that will irradiate every human, animal, bird, insect and plant on Earth non-stop. There will be no escape from it.

The launch of 5G has already begun. In March 2018, the Federal Communications Commission (FCC) gave approval for SpaceX to launch 4,425 satellites into orbit, and there are plans to increase this to 20,000 satellites in the near future:

In this video, Frank Clegg, former President of Microsoft Canada, explains there are already hundreds of studies that show proof of biological harm from wireless devices.

‘5G will impact you personally,’ he says. ‘There are designs that show the requirement for small cell 5G antennas as close as every third house in the neighbourhood and could be as close as every 500 feet in public areas. The impact of that radiation at that level of frequency and intensity and power, 24 hours a day and 7 days a week is unprecedented and is not understood.’

Why is 5G being rolled out so fast?

But as the SafeG website explains: ‘The real reason for the so-called “race to 5G” has little to do with national economic prowess and more do with wireless industry profits. The industry faces stagnation. The ugly truth for these companies is that in the world’s advanced economies almost everyone who wants a cellphone already has one.’

In short, the 5G rollout is an opportunity to sell everyone on earth a new phone. And it’s supported by governments because big profits for telecommunications companies means big tax dollars for them. It’s the usual story of profits before people but this time it’s at the the risk of perpetrating what many experts are calling a species-ending event.

Safer alternatives are available. But governments are not going to stop 5G and implement them unless enough people make enough fuss about wanting that to happen.

Never doubt that a small group of thoughtful, committed, citizens can change the world. Indeed, it is the only thing that ever has. – Margaret Mead

What can we do?

Don’t take my word for this. Read up on it so that you understand what is happening. Here are two useful links to get you started: