Dementia is a debilitating and distressing condition for both the patient and their carers. Yet when viewed from a spiritual perspective, for some it may be a blessing in disguise. 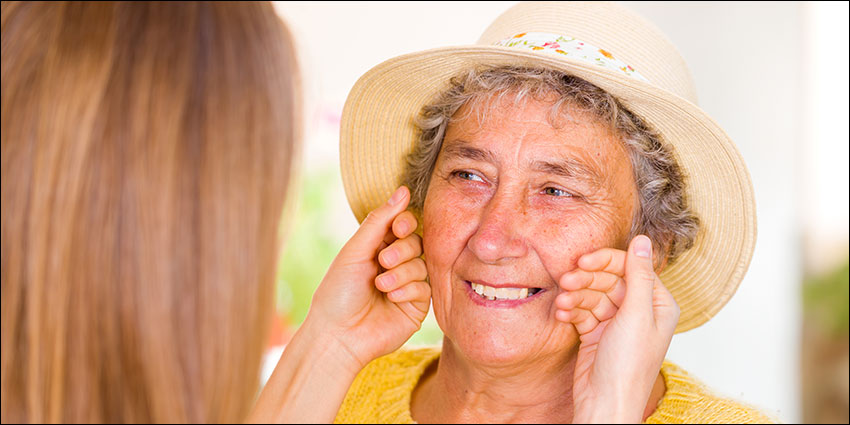 My grandmother had dementia. I didn’t know her very well because she lived quite far away, but as a child I remember hearing on many occasions that she had disappeared and then there was a tense waiting period until the news arrived that she had been found wandering around her neighbourhood and had been brought home.

Medical science still does not know what causes dementia or how to prevent it, only that it has now reached epidemic proportions. Globally, over 50 million people suffer from it, and these numbers are expected to triple by 2050.

I don’t claim to have a cure for dementia, but I do have certain insights into it that may help you if you know or care for someone who has the condition. It may also give you a different attitude to it if it happens that you develop it yourself.

I’ve had the opportunity on a number of occasions to hand sense the rooms of people who are in the final stages of dementia and have always been amazed to feel the beautiful serenity of the space.

Hand sensing is an advanced technique I have pioneered and developed over the last 40 years. Richard and I do it at the beginning of a space clearing, clutter clearing or feng shui consultation to read the energies imprinted in walls and objects. It gives access to a much deeper level of information about a property and its occupants than can ever be obtained through the normal senses.

I remember being frankly awed when I hand sensed the energies in one 92-year-old woman’s  bedroom who had Alzheimer’s Disease. It was as if she was already living in angelic realms while still on earth. When I met her in person later that day, she was totally out of this world – she had no comprehension of who the people around her were and no concern about everyday life. She ate very little and spent most of her time sleeping and floating in higher spaces. She was totally incontinent and had no astral graspings of any kind. Her family had accepted her as she was and knew that she would soon depart this earthly plane.

The unravelling of consciousness

In Clear Your Clutter with Feng Shui I mention a book that I rate as the most important one I’ve read this lifetime – Death: The Great Journey by Dr Samuel Sagan. It’s available as an audiobook with an accompanying PDF of the text that you can read on-screen or print out if you prefer, and it gives a profoundly insightful perspective on both life and death.

One of the things explained in the book is the unravelling of mental consciousness after death, which is a natural process that awaits us all. What happens in senile dementia is that part of that unravelling process begins before death. While it can be very distressing to those who love and care for someone to witness this, it can be very beneficial for the person themselves.

This is not the usual view that society holds, I know. We think of dementia as something to be feared and prevented. But when viewed from a spiritual perspective and through an understanding of subtle body structures, dementia can be a blessing.

Our increasingly astralized modern lifestyle means that many people need to undergo much more mental and emotional unravelling after death than was needed in bygone times. It can happen, therefore, that some people need to start the process sooner, to make their afterlife journey easier.

I’m not suggesting that’s the only cause of dementia. Many other factors may certainly be involved. What I’m saying is that there’s a lot more to it than meets the eye when viewed from a spiritual standpoint.

5 Responses to Spiritual insights into dementia