Do you use social media or does it use you?

Most social media platforms were designed to be addictive. Now some engineers are saying enough is enough. It is causing us harm that was never intended and must be changed. 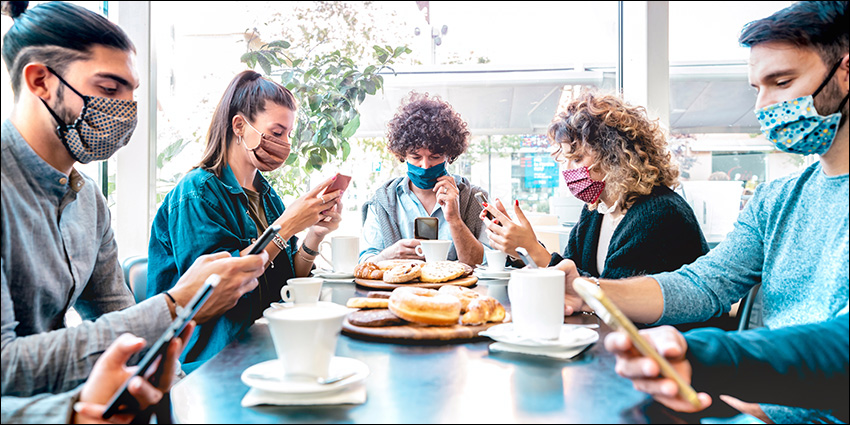 An article by Nick Bilton in the New York Times immediately rang alarm bells when I read it. He had interviewed Steve Jobs in 2010 and asked him if his kids loved the newly launched iPad. But Jobs’ answer took him completely by surprise. ‘They haven’t used it,’ he said. ‘We limit how much technology our kids use at home.’

Many years have passed since then and more and more accounts have emerged from Silicon Valley of tech CEOs who severely restrict how much their own children use devices or do not allow them to use them at all. These people are the heads of corporations who develop the hardware and software we know so well. They know how manipulative and harmful it is because they are the ones who designed it that way.

Tristan Harris has been called ‘the closest thing Silicon Valley has to a conscience.’

In 2013, when he was employed by Google as a design ethicist, he broke ranks to publicly challenge the company’s policy of manipulating human behaviour for profit. He is now the co-founder of the Center for Humane Technology, whose mission is to generate technology that will help us without harming us. His aim is ‘to help the technology industry more consciously and ethically shape the human spirit and human potential.’

He has the support of many high-level tech engineers who now regret the part they played in designing the software that’s still being used on Facebook, Twitter, Instagram and other platforms. They believed they were doing good at the time but now understand how urgent and essential it is to make changes to this for the good of the human race.

Harris’ two Ted Talks have attracted over four million views, but the new Netflix documentary-drama released on September 9, 2020 has totally eclipsed those. It is available in over 190 countries and 30 languages and was watched by over 38 million households in the first 28 days. It has been acclaimed as the most important documentary of our times.

‘If you’re not paying for the product, then you are the product,’ Harris explains. Highly respected Silicon Valley pioneer Jaron Lanier goes even further. ‘It’s the gradual, slight, imperceptible change in your own behaviour and perception that is the product,’ he says, ‘changing what you do, how you think, what you are.’

The docu-drama reveals that we are all essentially puppets of the internet industry, which affects our behaviour and emotions without us knowing. It creates chaos, outrage, incivility, lack of trust in each other, loneliness, alienation, polarisation, election hacking, populism, distraction and inability to focus on the real issues. It’s so pervasive that it affects everyone, even those who don’t use social media. Even the people who designed it get addicted to it.

‘We’ve created a world in which online connection has become primary, especially for younger generations,’ says Lanier. ‘And yet, in that world, any time two people connect, the only way it’s financed is through a sneaky third person who is paying to manipulate those two people.’

What can you do?

Well, first watch The Social Dilemma if you haven’t already done so. You don’t have to join Netflix to see it. You can take out a free one-month trial subscription.

Next, take back control:

Join the movement for humane technology, where you can find a great deal more helpful advice.

You may also want to look for alternatives to the social media channels you currently use. Social Networks That Won’t Sell Your Data lists many alternatives to Facebook such as WT Social, EyeEm, Yubo, MeWe, Sociall, Frendica, Ello, Diaspora and Minds, as well as alternatives to Facebook Messenger and WhatsApp such as Signal, Telegram, Matrix and so on. There’s a lot more good stuff out there than most people realize but first you have to wean yourself off the old.

One Response to Do you use social media or does it use you?