10 popular social crutches, and how different life could be without them 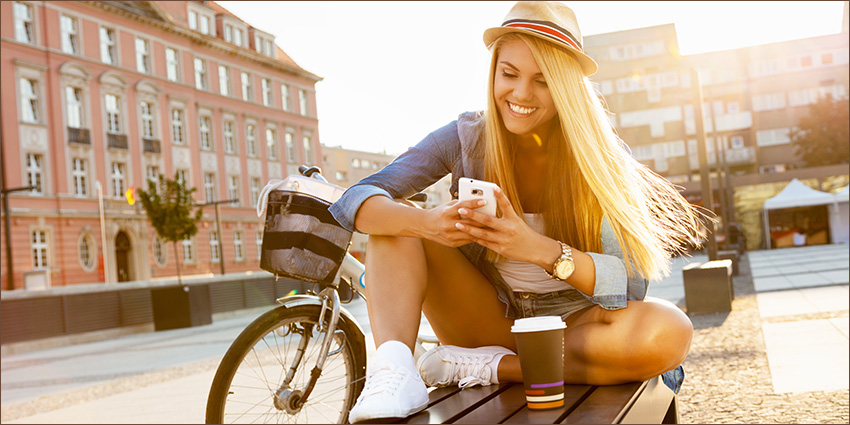 The most obvious social crutch used to be smoking. You would see people light up and puff away, not because they really needed or wanted a cigarette but just to have something to do with their hands. Health warnings have led to a huge reduction in smoking in Western countries in the last few decades. It’s no longer so socially acceptable and is banned outright in many public areas. So what do people do now?

Smartphones are to the current generation what cigarettes were to the last. Primarily designed to help people stay in touch, they are also a popular crutch to avoid social awkwardness. It’s a rare person who finds themselves at a loose end in a public place (waiting for something, eating alone, and so on) and doesn’t pull out their phone to give themselves something to do.

Some people with low self-confidence take this even further and may pretend to text someone or even fake making a call. I once saw a girl on a train doing this, but her phone rang while she was talking and shocked her so much that she dropped it. She was so embarrassed that she gathered her belongings and moved to a new carriage, where presumably she put her phone in silent mode to prevent it ringing again and continued her imaginary conversation.

Sunglasses are another favourite way of making a person feel less exposed or vulnerable. You really don’t know who you are talking to if you can’t see someone’s eyes. It puts you at a disadvantage.

Clear prescription lenses also have the effect of creating a barrier between the wearer and the rest of the world. They are an essential vision aid for many, but I’ve also seen people use them as a crutch, busying their hands by taking them off and on, tilting them, pushing them up and down the bridge of their nose, peering over them, and so on.

Then there are the people who don’t need to wear glasses at all but feel more secure behind plain glass lenses. In addition to the barrier effect, they may also feel the glasses make them appear more intelligent than they are.

Some people wouldn’t dream of going out without a hat. In some climates they’re essential to protect you from the elements. But some people wear them unnecessarily, even indoors. They feel naked without one.

Hoodies are a mixed bag. Some people wear them purely to keep warm. Others use them to blend insignificantly into a crowd. But so many teenage gangs have taken to wearing them to hide their faces while committing criminal activities that they are now banned in some schools and inner-city areas.

Long hair can be used to hide behind if it falls over the face and especially over the eyes. When I see this it always reminds me of the childhood belief that if you close your eyes, no one can see you. But of course people still can!

Some people wear headphones to listen to music or podcasts while they are out and about. But some aren’t really listening at all. They use them as a ploy so that others won’t talk to them.

Some people wear jewellery or a watch purely for adornment or telling the time. But they can also be used as a form of emotional armoury. A tell-tale sign is if you feel half-dressed if you ever go out without them.

No one wears high heels because they are good for your back or more comfortable to walk in. They are another type of social crutch, designed to make you feel taller, sexier or more powerful. Mostly worn by women, there have been fashion trends where men have worn platform shoes too, but nothing as insane as women tottering about on stilletos.

I learned about this one in Bali. Young Balinese men are so notoriously vain that they spend hours preening themselves in front of mirrors and love to catch sideways glances of themselves in shop windows. When riding on a motorbike, they usually angle the rear-view mirrors so they can see themselves, not the traffic behind. To be fair, Indonesian driving laws only require you to be responsible for what happens in front of you, not behind, but still…

In the West, both men and women seek out mirrors, sometimes for vanity’s sake but more usually to check that they look OK. Some women worry so much that they carry a mirror wherever they go and frequently whip it out to make sure their hair or make-up is in place. A modern version of this is pretending to take a photo while actually using the reflective screen of your phone to check your own face.

You can see this in any city centre — people walking down the street with a disposable coffee cup in hand. It’s the latest cool look, the new accessory you don’t want to be seen without. Never mind that 400 billion coffee cups are needlessly added to landfill every day in the US alone because they can’t be recycled. Being seen to be cool is the thing, and you get your caffeine hit too.

If you’ve got this far in this article without identifying with anything so far, perhaps pockets are your thing. Some people always wear outfits with pockets so that they are never at a loss for where to put their hands.

A whole new world opens up if you can gain the self-confidence to just be yourself and be fully present with others. If you use any of the social crutches listed here, why not try dropping one for a day and see?

What’s your favourite social crutch? Do you have one that hasn’t been listed here? Please share your insights.

8 Responses to 10 popular social crutches, and how different life could be without them