Read this if you often keep a smartphone in your pocket

Do you often carry a smartphone in your front or back pocket, or know someone who does? You’re about to find out why this may not be a good idea. 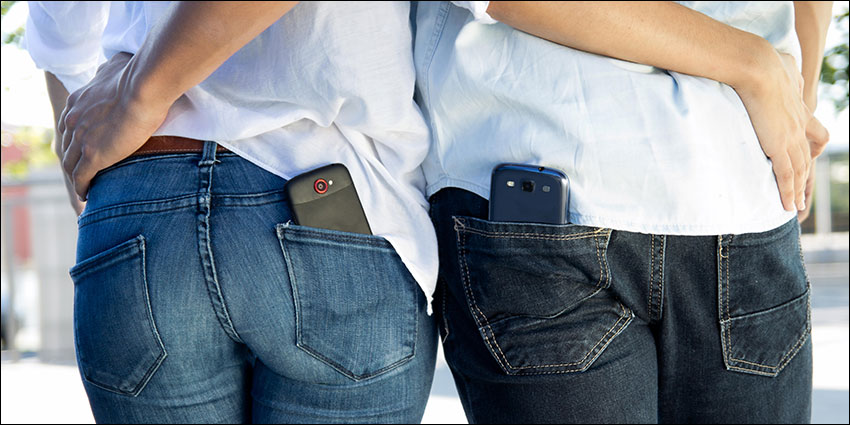 The National Cancer Institute announced last week that colorectal is now the most common type of cancer among American men between the ages of 20 and 49, and no one’s quite sure why.

However, epidemiologist De-Kun Li, a senior researcher at Kaiser Permanente in Oakland, California, believes he has the answer. The photo accompanying this article gives a clue.

De-Kun Li believes smartphones may be to blame. ‘When placed in trouser pockets, the phones are in the vicinity of the rectum and the distal colon and these are the sites of the largest increases in cancer,’ he says.

What can you do?

It’s better not to keep a phone close to your body at all. But if you decide to do so, at least keep it in airplane mode instead of on standby when it’s in your front or back pocket. This is even more important when you are in a moving vehicle or walking about in an urban area because your phone will poll for updates every few minutes as you enter each new base station area.

Yes, it’s inconvenient. But your health is worth it!