Why you don’t need so many selfies 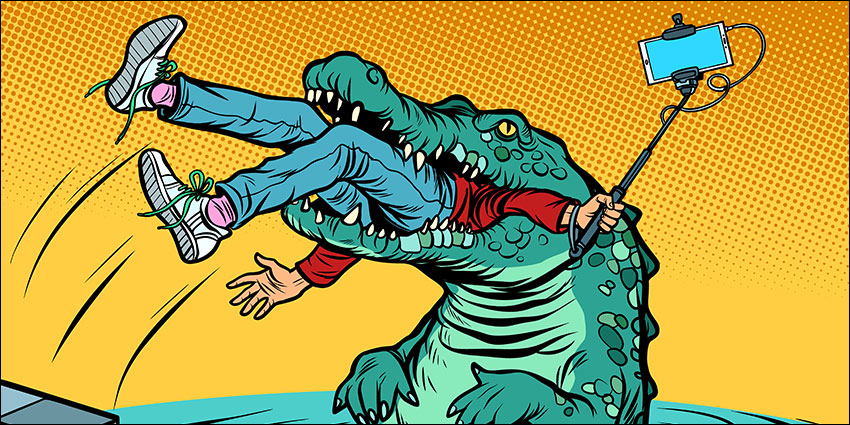 When Richard and I moved to the UK, he applied for a spouse visa and was asked to produce photos of us in some of the places we’d lived or visited in the six years we’d been together.

Fast forward another six years and we faced a similar situation when we decided to move to Australia. Now it was my turn to apply for a spouse visa. But this time we were better prepared. While exploring the UK, we’d remembered to get a few passers-by to take photos of us smiling happily into our camera against various scenic backdrops.

We live in a selfie culture

The point I am making here is that we live in such a selfie culture that both the UK and Australian governments assume that every couple has photos of themselves. But Richard and I prefer to live in the moment instead of recording it for posterity, so even during the years we lived in Bali, we hardly took any photos of each other or the island.

Selfie mania has reached such heights that 259 selfie deaths were recorded between 2011-17, primarily caused by falling, drowning or transport accidents, with death by animals, electrocution, fire and firearms cited as other reasons. And it’s thought the true number is much larger because attempting to take a selfie is not always reported as the real cause of the fatality.

The majority of “killfies”, as they are sometimes called, involve people under 30 years old, that age when we all still feel immortal. Over 70% of the fatalities are men, which begs the interesting question, are men bigger risk takers or are they more vain? And about half the tragedies are in India, which has now declared “no-selfie zones” in a number of selfie-death hotspots, in an attempt to combat the problem.

The lure of selfies

An iconic shot of an entire crowd turning their backs on presidential candidate, Hillary Clinton, in 2016 to take selfies of themselves with her in the background graphically captured how deeply embedded in modern life this has become. And the fact that she instigated this because she knows what a crowd pleaser it is shows how normal it has become. Selfies give a sense of self-importance. They create an ‘I was there, I did that’ memento.

Then there are the Jeremy Clarkson’s of the world, who don’t buy into this at all. In one of his Sunday Times columns this year he gave a word of advice: ‘If you see me in the street, ask crisply and efficiently for a photograph. I will then tell you to eff off and we can both go about our business with minimal disruption.’

And Eric Idle of Monty Python fame shared a similar sentiment in a little song he wrote that John Cleese clearly agrees with:

No prizes for guessing which camp I’m in.

Why you don’t need selfies

The reason Richard and I have almost no photos of ourselves, our friends or the places we visit is not because we don’t own a camera or know how to use one to good effect. It’s because we choose to live in the present, not in the past.

For example, if we come upon a beautiful place, we’ll stop the car, get out, feel the land energies and absorb the view through our eyes and other senses. We’ll take some time to fully experience what it’s like to be there. And those memories can stay with us for months, years or even decades. No photo required. Memories are stored in the etheric and photos are a very poor substitute for that.

So next time you’re tempted to take a photo of any kind, stop and ask yourself: Do you really need to add yet another image to your digital clutter? Or would you rather immerse yourself in the richness of the moment and experience it to the full?

6 Responses to Why you don’t need so many selfies