Can you have a plastic-free Christmas?

More plastic waste is usually generated at Christmas than at any other time of year. If you care about the environment, this aspect of celebrating Christmas really has to change. 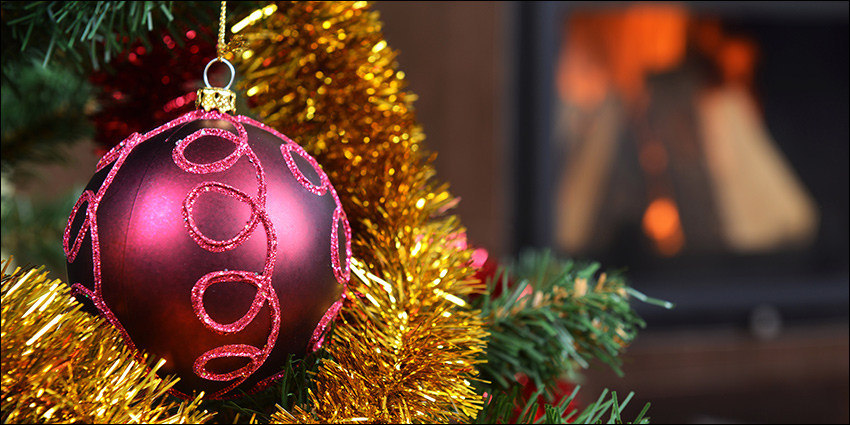 A visit to any Western supermarket or department store at Christmas time will quickly reveal hundreds of examples of how much extra plastic is used in the festive season. It’s not just all the food packaging, gift packaging or the gifts themselves, many of which are made of plastic or have plastic components. It’s also the tinsel, wrapping paper, ribbons and bows, artificial Christmas trees, Christmas baubles, fairy lights, Christmas stockings, Christmas cards sprinkled with glitter, plastic reindeers, Santas and many other items. It’s a full-blown plastic extravaganza!

In the UK alone, 125,000 tonnes of plastic packaging is discarded at Christmas time. In the US, 38,000 miles of plastic ribbon is used to wrap gifts and 2.65 billion Christmas cards are sent, which is enough to fill a football field ten stories high.

The grim facts about glitter

Some Christmas cards and decorations can be recycled. But what many people don’t know is that those that have been sprinkled with glitter can’t be. And these days, so many of them are.

Most recycling plants can’t process glitter because it clogs their machinery. Also, because it’s made of plastic, if you put a glittered Christmas card in your paper recycling bin, it can contaminate the entire truckload collected that day, making it unsellable. This usually forces the waste depot to incinerate the lot or dump it all in landfill, neither of which is good for the environment.

Glitter is made of polyethylene terephthalate (PET) or polyvinyl chloride (PVC), layered with aluminum and cut into tiny particles that are as small as 0.05mm, which is classified as a microplastic. Particles this size have been banned in many countries in products such as facial scrubs and toothpastes but are still widely available in all the forms of glitter that exist, including the type used for Christmas cards, Christmas decorations, cosmetics, clothing, handicrafts, and so on. The result is that a huge quantity of glitter find its way into our rivers and oceans, where it is ingested by fish and other marine life and eventually makes its way back to us.

A scientific study conducted for Orb Media found that 94% of US drinking water, 72% of European drinking water and overall 83% of drinking water worldwide is now contaminated by microplastics. Another study conducted in Paris found that 3-10 tonnes of microplastic particles fall on the city from the air each year. It’s no longer just in our oceans. It’s now in our food, our water and the air we breathe. And nobody knows how it will affect us long-term. It kills fish, sea birds and many marine animals. It surely must harm us too.

Of course, there are many other causes of microplastic pollution. The main sources are laundering synthetic clothing (35%), tyre erosion (28%), city dust (24%), road markings (7%), coatings on marine vessels (4%) and personal care products (2%). But glitter is a stupid addition to this because it serves no useful purpose other than to look nice.

The truth about tinsel

Tinsel is another plastic menace. The name comes from the old French word estincele, meaning “sparkle”. It’s designed to mimic the shiny icicles of winter, hanging from the branches of trees.

Back in the 17th century, it was made of strands of silver and must have looked delightful. In the early part of the 20th century, this was changed to aluminium or lead foil (before anyone knew how poisonous lead is). But since the 1960s, it has been made from polyvinyl chloride (PVC) coated with a metallic finish. In other words, it’s mostly made of plastic.

The UK’s largest manufacturer of tinsel states on its website that it creates 600,000 metres of tinsel every day and has produced enough tinsel garlands in 25 years to wrap 70 times around the world. It fails to mention that it is not biodegradable or recyclable so will all end up in landfill. And that no other plastic contains or releases as many dangerous chemicals as PVC does. There’s no safe way to dispose of anything made of this material.

UK production of tinsel is substantial but nothing compared to the output of the 600 factories in Yiwu in China. Known as China’s Christmas Village, around 60% of the world’s Christmas decorations are made there by migrant workers toiling 12 hours per day in toxic environments for meagre wages. Its range of 400,000 Christmas products are mostly made of plastic.

To understand why we are so attracted to sparkly things, we first have to ask, what makes things shine? It’s the reflection of light. Nothing in this world would shine at all without the light of the sun at the centre of our solar system. So when we see a shiny object, the reason we find it attractive is because, at a deep instinctive level, it reminds us of the life-giving properties of the sun.

But there’s more to it than this. The sun is a star. And stars are not just sources of light. When we look at a starry night sky, it connects us to the vastness of the cosmos, which reminds us of the high spiritual realms from which we come. The twinkling light of stars evokes deep feelings of awe and stirs memories of cosmic consciousness that lie at the very essence of our existence.

Here on earth, the shininess of bling indicates or emulates material wealth.  In higher realms, light is the radiation of spiritual qualities, which are far more enduring than worldly treasures.

It surely can’t be a coincidence that the more people live in light-polluted urban areas where they can no longer see the stars at night, the more they crave artificial glitter to add sparkle to their life. What they are really seeking, so deep down that they hardly even know it, is the supremely nurturing light of spiritual connection.

Christmas, after all, is meant to be a spiritual experience. Not a plastic simulation of one.

3 Responses to Can you have a plastic-free Christmas?