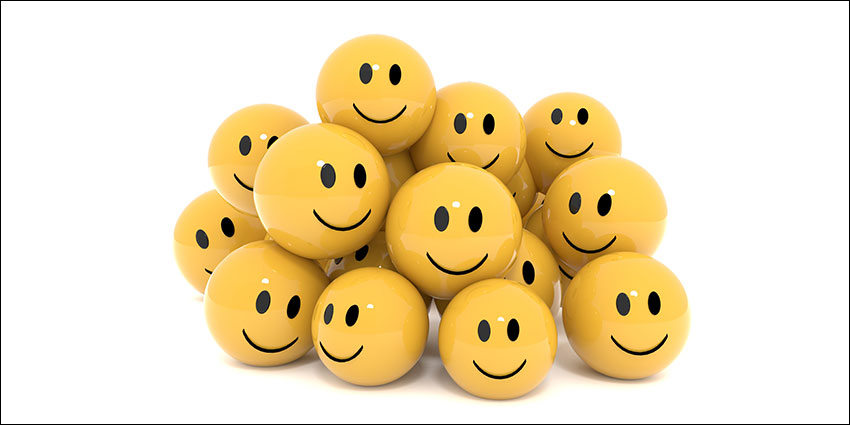 Always look on the bright side of life

It says a lot about the English that the most requested music at funerals is no longer Christian hymns. A survey of over 30,000 funerals in 2014 found that by far the most requested piece was Eric Idle’s Always Look on the Bright Side of Life, from the jaunty crucifixion scene at the end of the Monty Python movie, Life of Brian.

Sung with a cheerful Cockney accent, the song begins:

Some things in life are bad
They can really make you mad
Other things just make you swear and curse
When you’re chewing on life’s gristle
Don’t grumble, give a whistle
And this’ll help things turn out for the best

Eric Idle sang it live at Monty Python Graham Chapman’s funeral in 1989 and it’s gained more and more popularity ever since, appealing mostly to baby boomers who have Pythonesque humour embedded in their DNA and don’t want their death to be a sombre occasion.

It was also famously sung during the Falklands War by the crew of the slowly sinking HMS Sheffield as they gathered on deck to await rescue after the ship was struck by a cruise missile. And if the tales are to be believed, some Royal Air Force pilots would also routinely sing it before leaving for missions during the First Gulf War.

An upbeat approach to death

What many people don’t understand about funerals is that they are as much for the living as for the dead. They help grievers to come to terms with the death and move on.

The Python generation have embraced humour as part of funerals and Spike Milligan, an Irish comedian who preceded the Pythons and became great friends with them, took a similar approach. He announced long before his death that the words he wanted to have inscribed on his tombstone were:

I TOLD YOU I WAS ILL

The Chichester Diocese, which oversees St Thomas Church in Winchelsea, East Sussex where he was buried, pompously insisted that this be translated into Gaelic (Dúirt mé leat go raibh mé breoite), which meant that only well-informed fans got the joke. But in spite of this, it was voted the nation’s favourite epigraph in a 2012 UK poll. Spike got the last laugh after all.

Always Look on the Bright Side of Life turned what could have been a gruesome crucifixion scene into a jolly sendoff. But new research has found that an optimistic attitude to life actually does help people to feel happier and live longer.

Dr Alan Rozanski, a professor of cardiology at Mount Sinai St. Luke’s Hospital in New York City recently published an analysis of 15 studies that shows optimists generally live 14 per cent longer than pessimists and are 35 per cent less likely to have a heart attack, stroke or angina.

Here’s his advice for pessimists:

How clutter clearing can help

Clutter is an aspect of life that gets many people down and it’s a chicken and egg situation. Having clutter makes you feel depressed and feeling depressed makes you more likely to accumulate clutter. It’s often unclear which comes first. The two go hand in hand.

One of the best ways to break the cycle is exactly what Dr Rozanski suggests: learn the skills to manage life better. And clutter clearing is a very good way to start. Decluttering your home lifts the energy of the space, which in turn lifts your spirits and makes you feel more optimistic.

And how to begin? This will get you started: How to clutter clear your home 20 minutes at a time

One Response to Don’t worry, be happy, live longer!