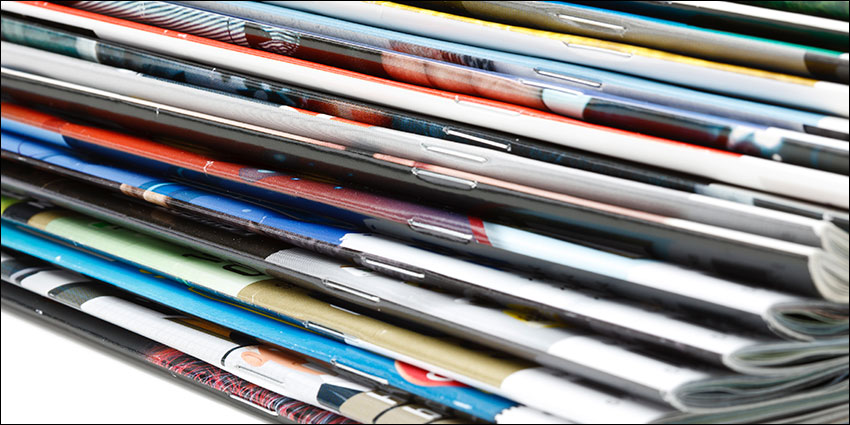 Those of you who’ve read my Clear Your Clutter with Feng Shui book may remember a man I wrote about who had a whole room full of airplane magazines he’d been collecting for over twenty years. When I asked him what he’d do when the collection was complete, he was dumbfounded. He had to think for a long time to remember why he wanted them. Collecting had become the goal, rather than using them for any purpose.

After the consultation, he made the radical decision to stop collecting and let them all go. He wrote to tell me what a huge relief it had been to take them to the local recycling place, and how wonderful it was to have a spare room in his house so that he could now invite guests to visit.

Not so the man I heard about this week who had an attic full of 7,000 yachting magazines he’d been collecting for 10 years. He thought they’d be fine up there until the sheer weight caused his bedroom ceiling to collapse, and down they all came, pinning him to his bed for 11 long hours until a neighbour heard his cries for help and called in the emergency services to rescue him. Luckily he survived. I hope he doesn’t just strengthen his attic floor and put them all back up there again!

An internet search for ‘hoarder killed by clutter’ will reveal many examples of people who sadly haven’t escaped so lightly. The most famous is probably the Collyer brothers, who were found dead in 1947 among 103 tons of extraordinary junk they’d accumulated over years in their four-storey house. It took 18 days for the firemen to even find one of them, and to this day New York firefighters use the name ‘Collyer mansions’ for places they are called to that are crammed full of clutter.

Related articles
What is it OK to store in your attic?
Is your clutter worth more than your car?

One Response to One man’s near-death clutter experience