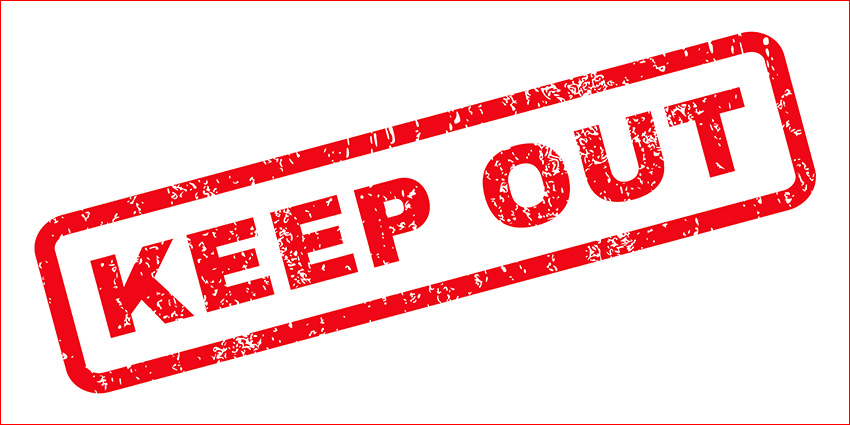 There’s a great art to learning to energetically own the space of your home. But what many people do not realize is that there is both a positive and a negative way to do this. The positive way is done consciously, is empowering, and benefits everyone concerned. I will be writing more about this in future articles. But first it is necessary to understand negative owning of space, which is mostly unconscious and can have very undesirable consequences.

One of the best examples of negative owning of space I have come across was in the home of an American woman who booked me to do a clutter clearing consultation. She had managed to spread clutter through every room of the 3-bedroom house she shared with her husband, covering every inch of floor space except for narrow pathways through it.

At first, I was baffled by why she had done this. The chaos in her home did not reflect at all the capable, intelligent person I could see she was in every other aspect of her life. But by the end of our first session, the true cause of the problem emerged. She had married an Italian man, who she loved dearly, but she had not realized until they set up home together that she had also married all his relatives. They were loud, party-loving people, who thought they could visit at any time of the day or night, enter without even knocking, and treat the place as if it were their own.

This was fine for her husband because it was how he’d been brought up, but it felt like an intolerable invasion of privacy to her. Her way of coping with it was to cover the floor of each room with a blanket of clutter so that his family would not want to visit at all. She’d done this very gradually and unconsciously, as a form of self-protection. She didn’t like living with the mess, she told me, but it felt like the only way she could keep the relatives out of her home.

Humans are territorial animals and putting personal possessions in an area is one of the main ways we establish our claim to a particular space. We do this in our homes and workplaces, and other locations we frequent. You can see this in any library, where a person arrives and stakes out their claim to an area by spreading out their books and perhaps putting their jacket on their chair. Or at a conference table, where all the delegates arrive and each has their own defined space with pen, paper, perhaps a glass of water, and so on.

However, when clutter is used to do territorial marking, it’s known as negative owning of space. It establishes ownership, but in such a way that no one can use the space, not even the person defending it. It’s an act of self-sabotage that creates stuckness and pulls the energy of a place down.

As a result of unconsciously using this tactic in her home, this woman’s self-esteem had sunk to an all-time low and her relationship with her husband was in a downward spiral, with fights and arguments nearly every day. She could see it was not going to end well. She needed to do something about it.

The solution, once she had understood the cause, was very simple. It turned out she had never discussed her feelings with her husband so she sat him down, explained how it made her feel when his relatives descended on their home unannounced, and they worked out how to handle it better in future. The core of the problem was not about clutter or their relationship at all but about cultural differences in behaviour between his Italian homeland and where they had made their life together in the US. “When in Rome…” wasn’t working. It needed to be updated to “when in California…”

As soon as this got straightened out between them, she swiftly and easily decluttered and tidied her home, established a room that was uniquely hers where visitors never ventured, and took positive ownership of the space, enjoying her new role as a warm and welcoming hostess to relatives who arrived at agreed times. She told me the family became much more respectful of the space, tidying up after themselves before they left, and she grew to enjoy their visits rather than dread them.

After reading this article, as you go about your life, you are likely to find other examples of negative owning of space that you may not have noticed before.

If you work in an office, go take a peek at the most cluttered desk there is. If the person is a capable worker, their piles of paperwork may be their way of telling their boss they are at peak capacity so please don’t load any more work on to me!

When driving, someone who stays in the outside lane after they have finished overtaking is negatively owning that space, much to the frustration of other drivers held up behind them.

And when parking, it’s not your imagination that many people take longer to exit when they know someone is waiting to take their space.

5 Responses to Negative owning of space