The awesome art of afternoon napping

If you’re one of millions of people now working from home, this is an excellent time to learn the art of afternoon napping to keep yourself refreshed throughout the day. 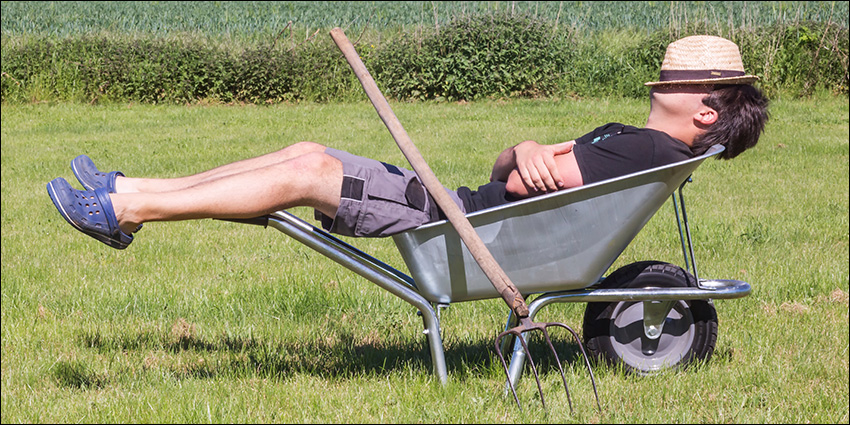 A friend of mine, who’s a personal trainer, said he started the habit in his youth when he worked as a gardener. He would take an afternoon nap each day in his wheelbarrow. For me, it started just over 20 years ago when I learned an advanced technique that has delivered such remarkable results that I’ve used it every day since then.

History is littered with famous daytime nappers. They include Napoleon Bonaparte, John F. Kennedy, Margaret Thatcher, Thomas Edison and most famous of all, Winston Churchill. Known for his prodigious output of over 13 million published words, his secretaries worked in shifts each day to keep up with his dictation.

Throughout the war he started work at 8:00am or 9:00am each morning and worked until 2:00am or later the following day, breaking his day with a nap each afternoon.

‘You must sleep sometime between lunch and dinner, and no half-way measures’, he declared. ‘Take off your clothes and get into bed. That’s what I always do. Don’t think you will be doing less work because you sleep during the day. That’s a foolish notion held by people who have no imagination. You will be able to accomplish more. You get two days in one – well, at least one and a half, I’m sure.’

Napping is not new

According to A. Roger Ekirch, our modern pattern of monophasic sleeping (sleeping only once a day) only started when electric lighting was invented and came into our homes. In his book, At Day’s Close, he provides a mountain of research that shows that we used to have what’s known as biphasic sleep. Our “first sleep” would be from evening until about midnight, followed by a period of quiet wakefulness of one or two hours, then a “second sleep” of three to five hours. The middle of the night period was generally a time for deep thinking and self-reflection, as well as having sex.

This has been borne out by studies conducted by Dr Thomas Wehr, a psychiatrist at the National Institute of Mental Health in Bethesda, Maryland. He found that a group of volunteers who were allowed no exposure to artificial light at night naturally fell into this same biphasic sleep pattern after three weeks, strongly suggesting that it’s normal human behaviour.

Electric lighting is here to stay, and we now have the added burden of blue light from screens, which interrupts melatonin production if used in the hours before sleep. So there’s no going back to biphasic sleep unless you go completely off-grid. However, afternoon napping is the next best thing and it works very well.

What do NASA, Google, Nike, Samsung, Ben & Jerry’s, Proctor & Gamble, PricewaterhouseCoopers, Mercedes-Benz Financial Services and The Huffington Post have in common? They are some of the six percent of US employers who have installed sleep pods or sleep rooms where employees can nap during work hours.

In Spain and several European countries such as Italy and Greece, the afternoon siesta has always been part of their culture. In China, office and factory employees always take a nap after lunch. Now US employers are starting to come around to the idea after dozens of studies have shown that napping boosts learning, memory, creative thinking and problem solving. It also makes people more alert, less stressed or likely to make mistakes, and generally happier.

If you’ve started working from home because of the coronavirus pandemic, now is a great time to experiment with this in the comfort of your own bed.

The art of napping

Anyone can nap. No special training is required.

The optimum nap time for most people has been found to be about 20 minutes. Any longer than that can leave you feeling groggy and may have an impact on getting to sleep at night. It works best if you make the room as dark as possible, open the window a little to get some fresh air and make sure the temperature is comfortable for you.

If you want to progress this further, the best type of napping I’ve ever found is called night practice. I count it as one of the most valuable things I’ve learned this lifetime. It can be used at night before sleep for the purpose of personal transformation and during the day as a way of restoring vitality.

The basic method is explained in detail in Chapters 13-15 of Samuel Sagan’s book Awakening the Third Eye, and you can also find recordings of guided night practices ranging from beginners’ level to advanced in the Clairvision Knowledge Tracks. What’s different about night practice is that it gives access to what Sagan describes as ‘the mysterious threshold or interface between waking and sleeping, and the superconsciousness associated with it.’ It turns both sleeping and napping into spiritual practices that have far greater scope than simply getting some shut-eye. It turns down-time into uptime and makes you feel great as well.

Related articles
Do you really need to open your bedroom window when you sleep?
How WiFi can affect your sleep

One Response to The awesome art of afternoon napping