How Monty Python changed the world 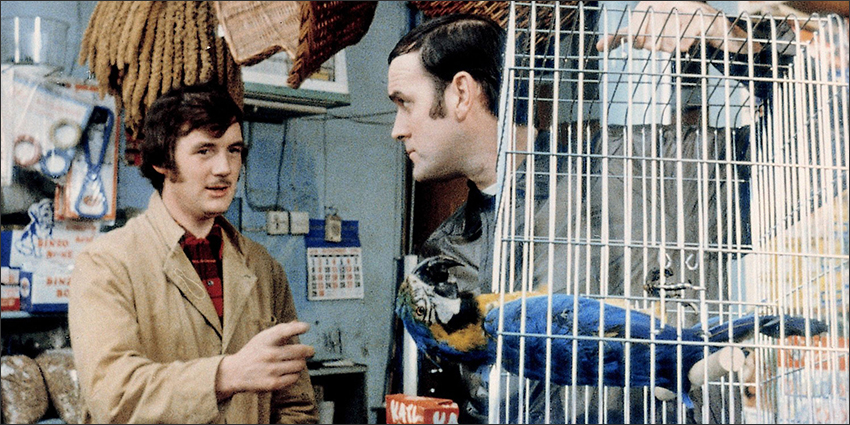 There’s a delightful story here in the UK at the moment about an online poll conducted by Britain’s National Environment Research Council to name a new £200 million arctic research vessel. But it all went terribly wrong for the Council when someone suggested the name Boaty McBoatface and it caught on like wildfire, attracting four times more votes than the next closest choice.

The Council decided that this was a very silly name and asserted its authority to have the final choice by opting for the fifth most popular and infinitely more respectable RRS Sir David Attenborough. Not to be outdone, the British public started a petition urging the good-natured Sir David Attenborough to change his name – even temporarily – to Boaty McBoatface.

He is yet to respond to this but perhaps no one is better placed than he to understand the institutionally defying British humour of this affair, since it was he who originally commissioned Monty Python’s Flying Circus in 1969 during his time as Controller of BBC2, giving us such memorable classics as The Ministry of Silly Walks, Upperclass Twit of the Year and, of course, The Dead Parrot sketch.

The influence of Monty Python

Fast forward 45 years to a poll conducted in 2014 which revealed that Always Look On the Bright Side of Life, the sing-along crucifix song at the end of the Monty Python film, Life of Brian, is the UK’s most requested song at funerals, beating Psalm 23 (The Lord is My Shepherd) soundly into second place.

Jaunty phrases such as ‘Life’s a piece of shit when you look at it’ are poetry to the ears of UK baby boomers, and the song has become such a part of the fabric of British life that Eric Idle was called on to perform it live in the Closing Ceremony of the London Olympics in 2012.

What’s so special about Monty Python is that it challenges the status quo. It challenged it in the 1960s and 70s and it still challenges it today. That’s why the humour is timeless. The Boaty McBoatface saga is a modern-day example of Python’s lasting heritage, not intended to cause offence but simply to debunk some pomposity.

The Indian sage and philosopher Krishnamurti had much to say about this topic too. Central to his teachings was that we think we are thinking our own thoughts but in fact we are not.

We have been conditioned by nationality, caste, class, tradition, religion, language, education, literature, art, custom, convention, propaganda of all kinds, economic pressure, the food we eat, the climate we live in, our family, our friends, our experiences — every influence you can think of.

He said that the first step to freeing ourselves from this is to first become aware of our conditioning, and this is exactly what Monty Python’s unique brand of humour so magnificently does. It pokes irreverent fun at our preconceived ideas, and shows us how to think outside the box.

A fond farewell for Graham Chapman

The quintessential example of this has to be John Cleese’s eulogy at the funeral of his friend and co-writer, Graham Chapman where, in his inimitable deadpan voice, he said:

I could hear him whispering in my ear last night as I was writing this: ‘Alright, Cleese, you’re very proud of being the first person ever to say “shit” on British television. If this service is really for me, just for starters, I want you to be the first person ever at a British memorial service to say “f**k”!

The assembled friends exploded into mirth. But there was a more serious intent behind his words that gives insights into the impulse behind Python humour. Later in the speech he recounted an instance of Chapman’s audaciously unusual behaviour and commented that the thing about his style of shocking people was not to upset them but to free them, so that they could see that ‘the social rules that constrict our lives so terribly are not actually very important.’

So Boaty McBoatface? Absolutely. If I’d known about the poll, I’d have voted for the name myself!

Boaty McBoatface did eventually get used as the name for a small, yellow robot research submarine, but the story did not end there. Continuing the trend, a Swedish express train has been named Trainy McTrainface, an Australian racehorse was named Horsey McHorseface, and now there’s a ferry in Sydney called Ferry McFerryface.

Each new name is a nail in the coffin of solemnity and pomposity, about which John Cleese famously said, ‘Solemnity… I don’t know what it’s for. I mean, what is the point of it? …It serves pomposity, and the self-important always know with some level of their consciousness that their egotism is going to be punctured by humour — that’s why they see it as a threat.’

Karen Kingston is a leading expert in clutter clearing, space clearing, feng shui and healthy homes. Her two international bestselling books have combined sales of over three million copies in 26 languages and have established themselves as "must read" classics in their fields. Her best-known title, Clear Your Clutter with Feng Shui, is now in its fourth edition. She is best known for her perspective-changing insights and practical solutions that enable more conscious navigation of 21st-century living.
This entry was posted in Interesting stuff. Bookmark the permalink.

6 Responses to How Monty Python changed the world