The problem with microwave ovens

The debate goes on. Are microwave ovens safe to use or not? After all these years, still no one is sure. It’s an experiment I’m not willing to participate in. 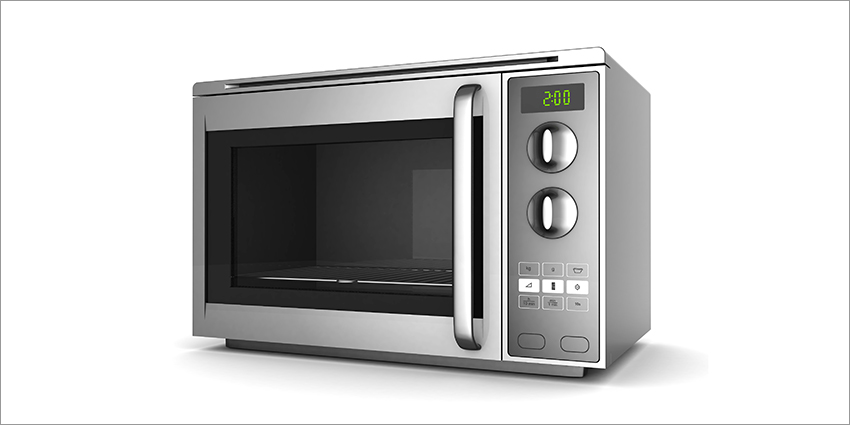 These words, spoken by William Spear at a workshop I attended many years ago, are etched in my memory:

Nothing will bring you to your knees faster than eating food cooked in a microwave oven.

I rate William Spear as one of the top feng shui teachers in the world, not just because of his immense knowledge and experience but because he also understands the energetic aspects of feng shui and applies them in his life.

I had never liked microwave food before I heard him make this comment but admit I sometimes turned a blind eye to it when travelling, knowing that a restaurant couldn’t possibly have turned out a meal so quickly by normal methods. What the heck, I thought. You gotta eat. But then I did some in-depth research and can honestly say, after what I found out, that I’ve never knowingly eaten microwaved food again.

Helmut Ziehe, the expert building biologist who brought Building Biology to the United States, also had succinct advice about how to safely use a microwave oven. He summed it up in these few words:

Open kitchen window. Pick up microwave. Throw out of the window.

How microwave ovens came to be in the world

According to some sources, microwave cooking was first developed by the Nazis during the Russian invasion of 1941 to cope with the huge logistical problem of feeding an army on the move.

Other sources state that it was invented five years later in the US by a radar engineer conducting microwave radiation experiments who discovered that a candy bar had melted in his pocket and realized the technology could be used for heating food.

Whatever the case, the first commercial microwave oven was eventually produced in 1954. Domestic models followed in 1967. Now 90% of American households own one.

What the instruction book doesn’t tell you

There are a number of problems associated with using microwave ovens.

One is that it changes the molecular structure of food and strips nutrients from it. So no matter how much food you eat, you don’t feel as nourished as you do from eating food cooked in conventional ways. This is called microwave malnutrition and it’s a huge factor in the obesity epidemic of modern times. Food cooked in a microwave oven is etherically dead. A fitting name for it would be zombie food.

Another problem is the way that microwave ovens heat food from the inside out, not from the outside in, as conventional cooking does. The molecular structure of food is changed during the process. For this reason, until the economic reforms of Perestroika demanded change to keep pace with European policies, Soviet Russia banned the use of microwave ovens after extensive research showed that carcinogens were formed in virtually all foods tested.

Then there was the 1991 lawsuit in Oklahoma after a woman died from a blood transfusion because a nurse took a shortcut and heated the blood she received in a microwave oven. The molecules of water have been found to be very susceptible to the effects of microwave exposure. They are torn apart or deformed. What, then, happens to us when we drink drinks that have been heated in a microwave oven or food that has been cooked in one (a high percentage of all food is water)? When I meet people who live primarily on microwaved foods, I can usually tell they do so because they lack etheric vitality. There is a dullness in their eyes and skin that reflects the lifelessness of the food they consume.

Other issues are the way microwave ovens leak radiation over time (never stand next to one when it’s in use), the leaching of phthalates (hormone disrupters) from plastic containers during heating (many ready meals are packed in these), and health concerns because of uneven cooking that can allow listeria bacteria to survive.

My husband  Richard was a 5-star chef for 18 years and has nothing good to say about microwave ovens. Never mind the health concerns – food just doesn’t taste as good when cooked in one.

When his boss bought one for the kitchen of the gourmet restaurant he worked in, he put up with it for a week and then took matters into his own hands. It saved the kitchen staff some time and the owner some money, to be sure, but the chefs felt it was wrong to expect customers to continue to pay top dollar for food that no longer tasted as good as it should. He rolled a long strip of aluminium foil into a ball, put it in the oven, and turned it on full blast. Within a minute, the oven was dead. ‘Sorry, the microwave’s blown up’, he explained, and that was the end of that. The boss got the message and never replaced the equipment.

Convenience at what cost?

Many people use a microwave oven in their home because they are so convenient. But convenience at what cost? Cooking in any form reduces the nutritional value of food to some degree, and we’ve all heard of the health hazards of frying or using Teflon-coated pans. But microwaving is much, much worse.

Do yourself a favour if you still have one. Let it go. In all integrity, after reading this, it won’t feel quite right to sell it to anyone, so just dispose of it at your local recycling centre. Perhaps some of its raw components may at least be salvaged and reused that way.

Related articles
Is it safe to microwave food?

20 Responses to The problem with microwave ovens