Laughter is good medicine. It boosts your immune system, relieves stress and anxiety, and triggers the release of feel-good endorphins. A good sense of humour is an essential life skill. 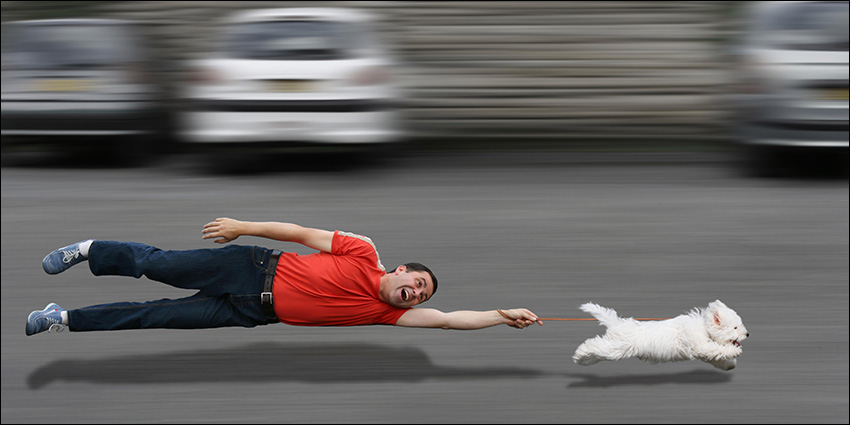 When I first started giving talks and teaching workshops, I was very nervous, as I’m sure most people are. Gradually I developed my confidence and my own personal style. And pretty soon, I discovered how to make people laugh.

The value of laughter

A sense of humour is invaluable when teaching people how to clear their clutter because the best way to help them is to see the funny side of it. When they laugh, they open. And when they open, they can learn. I never tell people what to do. I open a space for them to see for themselves and then show them how to change if they want to. That’s what really gets results.

I remember once being invited to teach a one-day workshop at a prestigious feng shui event in the US. People came from all over the world and I had a capacity audience in the room I’d been allocated. Unknown to me, a venerated Chinese feng shui teacher was teaching in the room next door. There was a partition between the two rooms that I thought was well-insulated because I never heard a sound from the other side.

Gradually, as the day progressed, many people in his audience defected to my class, and I later discovered it was because the peals of laughter in my workshop could be heard through the wall. They decided my class sounded much more fun. Eventually, there were so many people sitting on the floor at the front and standing around the sides and at the back of my room that we couldn’t squeeze another person in.

Laughter is a uniquely human quality. It is one of the hallmarks of the human Spirit. ‘Laughter is the only free emotion,’ says Gloria Steinem. ‘You can’t compel laughter. Never go anywhere you’re not allowed to laugh, including church.’

There are different types of laughter, of course. Science has observed that some animals, such as apes and rats, make sounds like human children’s laughter when they are tickled or are playing. At that primal level, there are similarities between animals and us. That’s not the kind of laughter I’m talking about here.

Then there’s posed laughter, such as laughing politely at a mediocre joke someone has made. Psychologists suggest this is done as a way of bonding and fitting in. I remember struggling with this when I was ten years old, after our family had moved from Yorkshire in the north of England to Kent in the south. Having grown up in a wonderfully down-to-earth environment where they call a spade a spade, as Yorkshire folk put it, I was baffled by the feigned laughter that I sometimes encountered in the south. I gradually learned to smile politely but have never been able to go as far as pretending to laugh at lame jokes. It just isn’t in me.

True laughter bursts out of you in response to a situation or something that’s said. It’s a spontaneous whole-body experience that erupts from within, with laughter as the release valve that vents through your mouth. People watch comedy on TV to experience this or join laughing yoga groups (apparently we’re 30 times more likely to laugh with others than when we’re alone). Laughing with friends brings us closer together. It’s also one of the most essential qualities of a long-lasting relationship. Couples who can laugh at their disagreements can weather any storm.

Best of all is the kind of laughter that springs from what I call god’s eye humour, which is the most joyous of all and also the most difficult to describe. It’s at a level that transcends our everyday view of life and circumstances. It comes from seeing the bigger picture and appreciating the human condition. It teaches us to laugh at ourselves as we struggle to improve. It allows access to higher levels of consciousness that help us move forward.

I first became aware of this type of laughter when I started looking for spiritual teachers in my youth. I quickly learned to avoid those who held themselves with a stiff kind of seriousness and sought out those who had a great sense of humour. As John Cleese once said, ‘Solemnity… I don’t know what it’s for!’

If you follow a spiritual teacher who doesn’t make you laugh, my best advice is to find one who does. Not the staged laughter created by the kind of jokes comedians tell but the spontaneous shared laughter of seeing and naming something for what it is so that you can fully understand and cognize it.

With this kind of laughter comes joy and all its healing qualities. It forms the foundation for a happy life and is an antidote to sadness, anxiety and depression. It’s possible to turn any worry, setback, conflict or struggle into something you can laugh about and, in so doing, overcome.

Humour can help you through any situation

It doesn’t get much worse than being interned as a prisoner in the concentration camps of Auschwitz and Dachau during World War II. In his book, Man’s Search For Meaning, Viktor E. Frankl explained that humour was one of the main things that got him through. It is one of  ‘the soul’s weapons in the fight for self-preservation’, he said. ‘Humour, more than anything else in the human make-up, can afford an aloofness and an ability to rise above any situation, even if only for a few seconds.’

He recounts the tale of a man who he actively helped to develop a sense of humour. They made an agreement that each of them would make up an amusing story every day about something that might happen to them after their release. This allowed them to look for the humorous side of what they were experiencing instead of just enduring it. It allowed them to distance themselves from their daily hardships and see their lives from a different perspective.

A sense of humour is the greatest defence against adversity that there is. Researchers have also found that people who laugh a lot tend to live longer, which makes perfect sense to me. Joy is a soul force, and being able to summon it at will from within is very powerful medicine indeed.