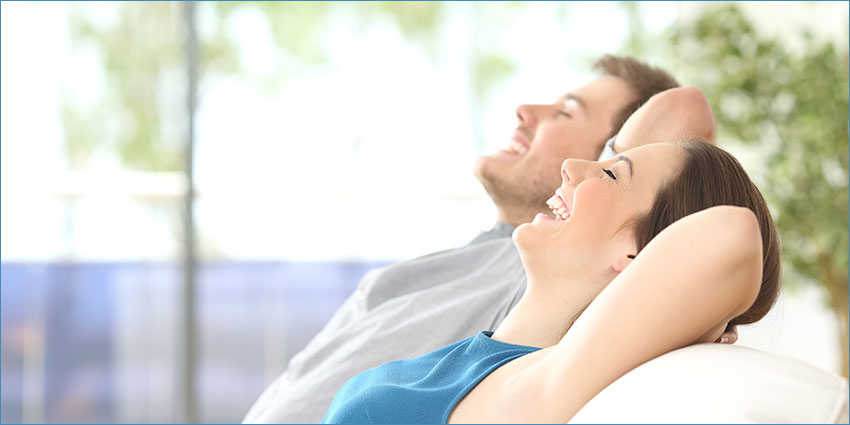 JOMO (the joy of missing out) is a very welcome new trend and the exact opposite of the soul-crushing ethos of FOMO (the fear of missing out) that has dominated so many people’s lives for so long.

The Urban Dictionary defines it as: ‘Enjoying what you’re doing in the here and now and not on social media, broadcasting or seeing what everybody else is doing.’

Many digital apps are designed to be addictive

Steve Jobs knew very well that the devices he designed and many of the apps they run are addictive, and he took steps to protect his own children from them. ‘We limit how much technology our kids use at home,’ he told reporter, Nick Bilton, when she asked about their use of iPads. Bill Gates took a similar approach. He didn’t let any of his three children have a mobile phone until they were 14 years old.

Now current and ex-Silicon Valley tech executives are coming clean and speaking out about this. Many admit they limit their children’s screen-time and have opted to send them to low-tech schools where blackboards and chalk are the norm and technology is rarely, if ever, used. They don’t want their kids to be manipulated like most of the world is.

‘I am convinced the devil lives in our phones and is wreaking havoc on our children’, was the New York Times Quotation of the Day earlier this week (October 29, 2018) by Athena Chavarria, a former executive assistant at Facebook. What people in the tech sector know, more than anyone else, is how destructively addictive digital devices can be. They should do. They designed the darn things to be that way!

A wonderful upshot of this new trend is that internet detox has now become a thing. Instead of it being cool to be connected 24/7, it’s starting to become cooler to take a break from time to time.

People often ask me if I have a phone. I do own one but I use it very differently to how other people use theirs.

I got my first phone in 1997 — a sweet little monochrome Nokia 3810 that had the lowest radiation of any available at that time. I’ve been through various upgrades since then and now have an Android smartphone. During the last 21 years, I’ve used my phone on average no more than two or three times per week. These days it’s more like two or three times per month, for only a few minutes each time. That includes data usage too.

No-one except my husband knows my number. I only use it if I’m lost, running late, or have an emergency of some kind. Everything else can wait until I get home to my landline phone or computer, or if I’m travelling, my laptop. My computer runs on a wired ethernet connection, not WiFi, and all devices have Fiara anti-blue light filters to block the harmful portion of the blue light spectrum from being emitted through the screens.

I do use social media but only for about 20 minutes per week. And I do use email, but never check for messages in the morning except on rare occasions when I’m expecting something important. When I take vacations, I totally unplug and don’t take any devices with me at all. Not even a phone.

How do I manage, you may wonder? Perfectly well. I’m more tech savvy than most of the people I know and very connected to the world. The difference is that I choose when to use the devices I own. I decided long ago that I would run them rather than them running me.

The effects of digital addiction

It used to be that high-income parents gave their children the advantage by equipping them with the latest devices. Now it’s the other way around. Schools in underprivileged areas tend to require kids to use screens whereas schools for the children of wealthier, more discriminating parents increasingly do not. Poor kids are bombarded by WiFi for much of their waking life and live from dopamine hit to dopamine hit in an endless addictive cycle. Rich kids are more likely to escape this.

The title of a very well-researched article published in The Atlantic in September 2017 asks: Have smartphones destroyed a generation? The author, Jean M. Twenge, has studied generational differences for 25 years and cites a Monitoring The Future survey in the US that has questioned Eighth- and Tenth-graders each year since 1991 and Twelfth-graders each year since 1975. She says the findings of the survey are unequivocal:

Digging deeper, she concludes that ‘Eighth-graders who are heavy users of social media increase their risk of depression by 27 percent’ and ‘Teens who spend three hours a day or more on electronic devices are 35 percent more likely to have a risk factor for suicide, such as making a suicide plan.’

Many children are so addicted to their phones that checking it is the last thing they do before sleep and the first thing they do when they wake up. And if they leave it turned on during the night, as so many do, a part of them is always on alert and never fully rests. Sleep deprivation is now a chronic problem, not just among children and teenagers but device-addicted adults too.

And for these kinds of people, it’s not enough just to turn their phone off. A 2017 study conducted by the University of Texas found that for avid users, turning their phone off but still keeping it close by had a significant effect on their cognitive abilities because of the effort it took them to resist turning it back on. For this to make any difference, the phone had to be placed in another room.

Smartphones give us access to galaxies of information. They are a portal to entertainment, a vehicle for communication, a multi-media recording device and a vast technological resource. It’s the way they are used is the problem. Instead of making people more awakened and smarter, over-dependence makes them sleepier and dumber.

As with all great innovations, the technology itself is not inherently bad. It can be used for good or evil. With this in mind, ex-Google designer Tristan Harris is now spearheading a movement called Time Well Spent, with the stated mission of ‘realigning technology with humanity’s best interests’. He and his team have created an excellent resource for those who want to take back control of their life. Click here if you want to know more: How to take control of your phone

And what will you do with all the time you no longer waste? Remember talking to people? Nurturing relationships? Having new experiences (without needing to photograph or video them)? Delving into life’s mysteries? Discovering deeper levels of yourself? Or myriads of other ways to live life to the full instead of endlessly surfing the surface? That’s JOMO — the joy of missing out — on pointless titillation that does you no good at all so you have time for the things in life that truly matter.