Is your Wi-Fi keeping you wired? 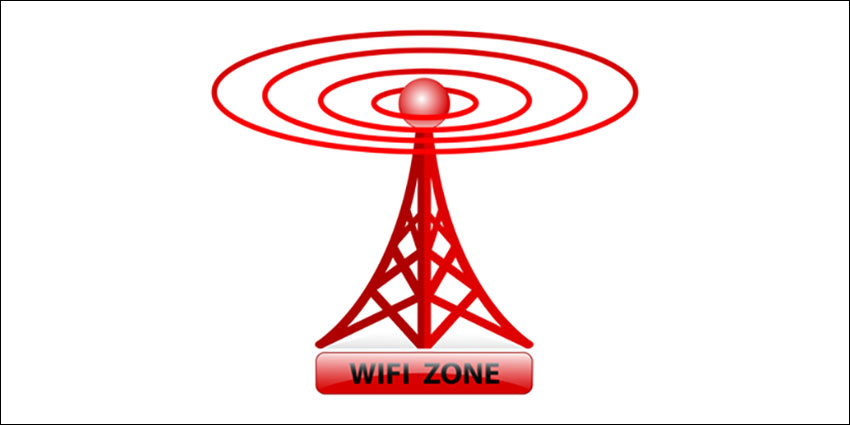 I once knew a man who accidentally fell into a sheep dip that was laced with a toxic cocktail of chemicals. He was a normal, regular guy in good health when he fell in, but came out with such a wrecked immune system and such a severe case of electrohypersensitivity (EHS) that he could no longer live in his own house. He moved to live in a tent in a field, and survived as best he could.

This was in the days when very few people owned cell phones and no one had Wi-Fi-enabled gadgets. If he’s still alive today and still as electrohypersensitive as he was, I can’t imagine how he’s coping.

We live in an ocean of Wi-Fi radiation

Most people are completely unaware of the levels of Wi-Fi they are exposed to. When my husband and I were house hunting a couple of years ago, this was one of the first things we checked in every property we viewed. Neither of us are EHS, but because of the energetic sensitivity we have developed through meditation and the space clearing work we do, we are able to feel the disruptive effects of electromagnetic radiation in a way that that most people don’t, and we choose the lowest possible exposure that we can.

Sweden was the first country in the world to officially recognise EHS as a medical condition. The government there provides special housing in some locations, specially designed cars, and even electromagnetic radiation-free wards in hospitals for EHS patients requiring any kind of treatment.

Italy also has an EHS Refuge Zone, located inside the Vena del Gesso Regional Park in Brisighella, in the province of Ravenna, and there’s one in France, next to the Conservatoire Naturel des Espaces Narurels Rhone-Alpes. Both are places that EHS people can go to get a temporary respite from the GSM, Wi-FI, WiMax and DECT high frequency microwave radiation that is so pervasive now. In the US, some EHS people have found a Wi-Fi-free haven in the Allegheny Mountains of Virginia.

Around 5% of the western population is believed to be EHS to some degree, and this figure is steadily rising year after year as Wi-Fi saturation increases. However you don’t have to have full-blown EHS to be feeling the effects. Just about everyone reports sleeping better, having more energy, and feeling less “wired” after taking a few simple steps to reduce the levels they are exposed to.

Here are some things I invite you to try for a week or so, to experience what a difference they can make:

There really is no reason to leave it turned on, other than laziness, and turning it off can make a huge difference to the quality of your sleep. If you have neighbours who leave their Wi-Fi on, you may still be affected by theirs to some extent, but this is usually a whole lot less than having your own router pulsing away all night long inside your own home.

Cordless phones emit very high levels of microwave radiation, not just when the phone is being used, as most people assume, but continuouly, 24 hours a day. If you feel you can’t manage without your cordless phone, then at least do yourself a favor and invest in one that only emits radiation when you’re actually using it. There are some models available now that do this.

Turn off your cell phone at night

If there are occasions when you absolutely must have your cell phone turned on during the night, then keep it as far away from your body as possible, and place it between your bed and bedroom window so that the signals are not passing through you while you sleep.

Check the Wi-Fi level of any laptop, iPad, tablet or e-reader you use

Most people are astonished to see my professional meter go completely off the scale when I attempt to measure how much microwave radiation is being emitted by some of their devices. And on many of them, turning the Wi-Fi to OFF rather confusingly doesn’t actually turn it off. The device will continue to emit exactly the same level of radiation as before but just won’t be able to connect to anything. The only way to turn off the Wi-Fi on an iPad, for example, is to switch to Airplane Mode, which disables the antenna completely.

Checking Wi-Fi levels with any accuracy used to require a fairly expensive meter such as the Acoustimeter. But the new Acousticom 2 uses the same advanced microwave detector technology as a professional meter and costs less than half the price. You can use it to measure Wi-Fi, WiMax, cell phone masts, cell phones, cordless phones, radar, burglar alarms, smart meters, baby monitors, wireless games consoles, compact fluorescent lights, laptops, TVs, and microwave ovens. It has been designed so that the most sensitive readings required by EHS people (0.01 to 0.02 Volts per meter) are shown, as well as higher readings up to 6.0 V/m emitted by many gadgets.

Related articles
Electormagnetic stress
Why cordless phones are not cool

9 Responses to Is your Wi-Fi keeping you wired?