How houseplants can be clutter

Houseplants are a bit different to the other things you own because they are living things. But, like everything else, they can become clutter. This article explains how that happens. 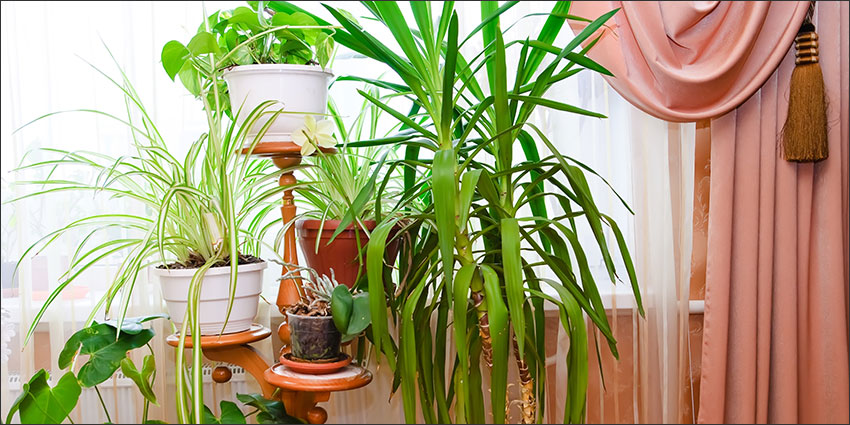 I’ll never forget the astonished look on my friend’s face when I casually picked up a houseplant in my kitchen one day while we were chatting, opened my bin, and threw it in.

‘Did you just do what I think you did?’ he asked, incredulously.

‘It was beyond redemption,’ I explained. And it was true. I had struggled with that plant for many months, trying to find a place in my home where it would thrive, but it always looked like an eyesore. Perhaps it would have been better if I had not chosen that precise moment to dispose of it, but when I saw so clearly that it had become clutter, into the bin it went.

Ornamental houseplants can beautifully enhance the look and feel of a home. But if they are unhealthy, neglected, too large, too numerous, too spiky, or too droopy, they can affect the energy of a space adversely, and can become clutter, just as anything else you own can. 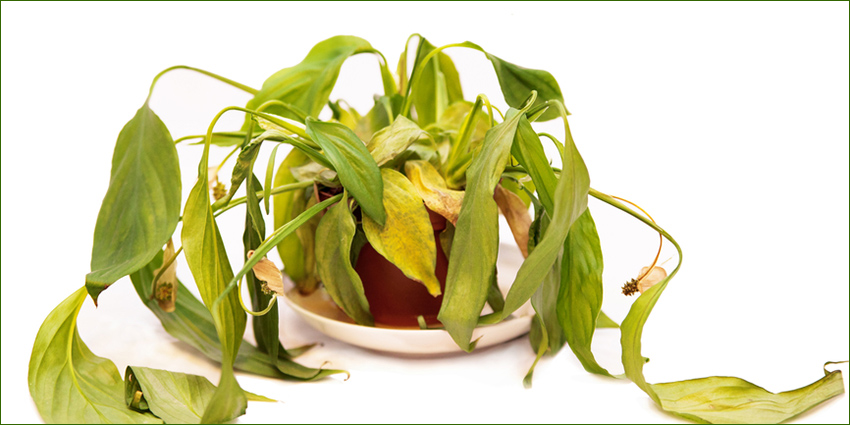 You’d think the decision about whether to keep a plant that’s as far gone as the one in this photo would be a no-brainer, but it’s surprising how often I see such specimens in people’s homes that are beyond salvation or unspeakably scruffy.

When I ask the person why they still have them, sometimes it’s simply a matter or laziness, busyness, or neglect. They just haven’t got round to doing anything about it. There is also sometimes the hope that the plants can be revived or their appearance can be improved over time, and this is certainly worth a try if you have the patience and know-how to do so. But in many cases, there is another factor that lies at the source of the indecision, and that is the guilt about throwing a living thing away.

It was this that caused my friend to be so shocked when I binned my weary old houseplant in such a matter-of-fact way, so I took a few minutes to explain.

Plants are alive in the sense that they have etheric life force, but they do not have an astral body so they are not conscious in the same way as animals and humans are. So just as no one hesitates to throw an out-of-date lettuce in the bin or on the compost heap, I do not hesitate to throw houseplants in my compost bin if they become too unhealthy or unsightly. All plants come from the earth and return to the earth. The cycle of life continues, and I’m merely accelerating the process a little. 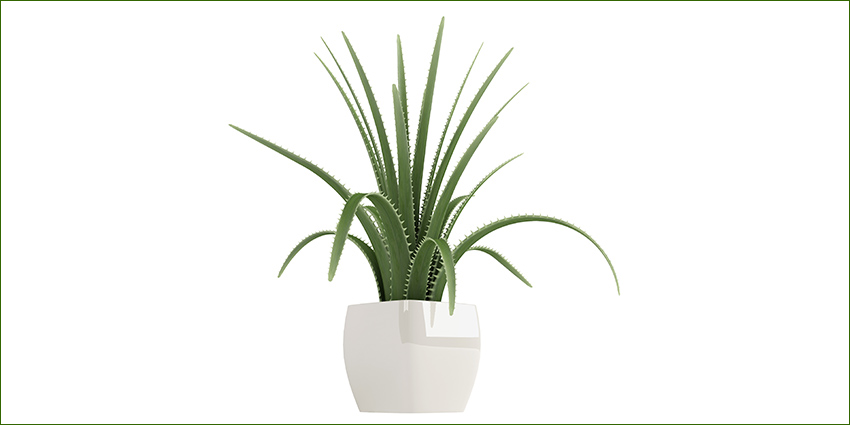 There are other types of plants I would never bring into my home in the first place because they have undesirable effects from a feng shui perspective.

Spiky plants, such as the one pictured here, are in this category. This one is called a century plant, and even though it’s in perfect health and some may find it attractive, I definitely wouldn’t have it in my home.

The reason is that spiky plants tend to create a corresponding energetic sharpness that makes arguments more likely. The only place I would consider putting such a plant is in the home of a person whose mental faculties have become dulled, because they may benefit from the continual stimulus of sharpness in their space. Even so, I would put it in a corner, well away from where they usually sit or pass by, so that it is out of harm’s way (the tips of this particular plant are so sharp that they can pierce human flesh to the bone!). 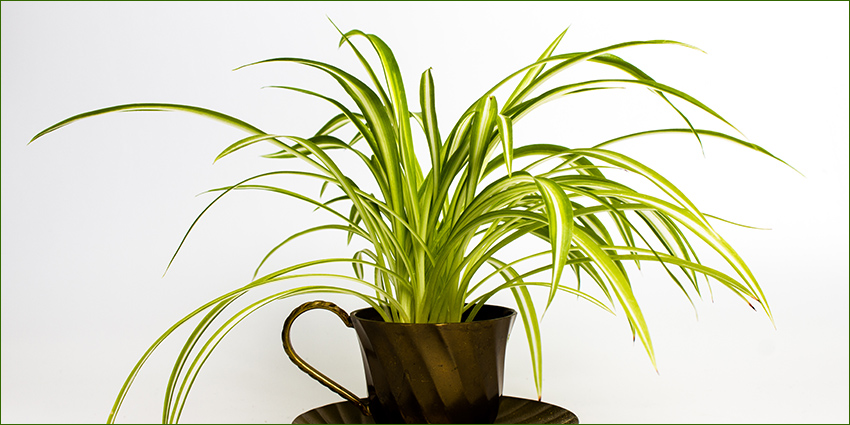 These can be problematic because they tend to pull the energy of a space down. One of the worst offenders is the spider plant, which has spiky leaves and also hangs downwards. I’ve noticed that depressed people often have them in their homes, and I have often thought that this may be because of an unconscious affinity with the shape. There is also an uncanny similarity between the way spider plants sprout little babies and how a depressed person’s problems seem to endlessly multiply.

Hanging baskets of flowers outside in the garden are fine, by the way, providing they form a rounded shape with no long, downward-hanging tendrils. Their wonderful colours create a bountiful, cascading effect.

Plants that are too big for the space 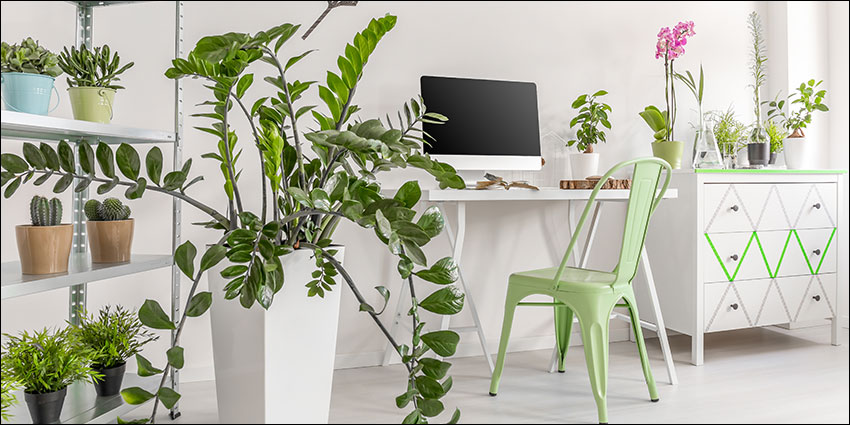 Sometimes the problem is not the condition or shape of the plant but the sheer size. When a plant grows so big that it dominates a room, you have some choices to make. You can move to a home that can accommodate it (very expensive for the sake of a plant). You can prune it back to a more reasonable size. You can give it to someone who would love to have it. Or if it’s a truly splendid specimen, you may even be able to sell it and purchase a smaller plant with the proceeds. Throwing it in the bin (if you can find a bin big enough!) would be a last resort.

Having said this, I do know of one person who loved their gargantuan rubber plant so much that they removed the ceiling of their room and created a 2-storey space for it to continue to grow up into. They had a large house with large rooms, so it looked fine there, but rubber plants commonly grow up to 40 metres tall (131 feet) so the saga may well have continued. 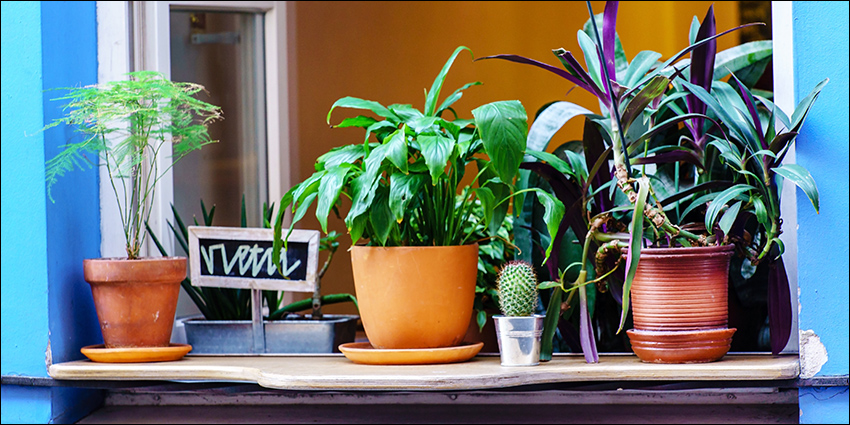 Some people simply have far too many plants in their home. They keep bringing them home, week after week, and the collection grows and grows. Even if the plants are not spiky, droopy, too tall, or half-dead, they may still be cluttering the space because of the sheer quantity. My advice in this situation? As with many other forms of clutter, keep the best and let go of  the rest in whatever way works for you.

18 Responses to How houseplants can be clutter