How healthy is your home? 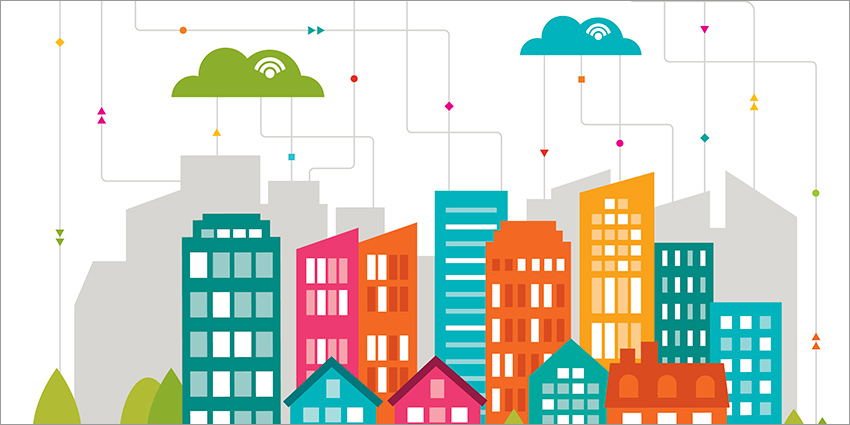 A theme that runs through all my work is bringing more consciousness to people’s lives. I feel I’ve succeeded quite well in spreading more awareness about the benefits of space clearing and clutter clearing, but there still seems to be a long way to go in the area of creating a healthy home.

I am regularly shocked, for example, by how many people have little or no awareness of the level of electromagnetic radiation they are subjecting themselves to on a daily basis, and the impact this can have on their health and vitality.

One example that comes to mind is a woman I met whose computer was set up on a small table in one corner of her kitchen, where she would spend up to 4 hours per day. The computer monitor itself was fine, but she had placed the computer tower on the floor next to her knees. When I asked her if she had any problem with her legs, she rolled her eyes and began a long story about how stiff and achy they were. My electromagnetic field meter revealed that she was sitting with her lower limbs in an electric field of 40 V/m, which is about 8 times higher than many experts would consider to be safe. She followed my advice and fitted a USB cable extender so that she could move the tower away from her desk, and after a few weeks all her aches and pains were gone.

‘Do you feel tired after working at your computer for a while?’ I asked, to be met with more eye rolling and a long catalogue of woes.

Again, simple solutions could be found, such as connecting an extended cable to the printer so that it could be moved off her desk, installing home plugs so that the router could be moved to another location in the home, and changing the cordless phone to a regular landline or an Eco DECT phone that only emits microwave radiation when in use rather than 24/7 as most models do. After making these changes, she reported an immediate and very tangible improvement in the quality of her sleep and levels of vitality. 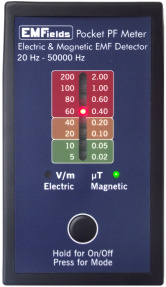 All electrical appliances emit electric and magnetic fields when plugged into the mains. This generally is not a problem unless you spend long periods of time in close proximity to the equipment, as you do when using a computer, or if you use a laptop, tablet, or smartphone while they are plugged in and recharging. The different makes and models have widely varying levels of electromagnetic fields (EMFs), so the only sure way to measure the level you are being exposed to is with a meter that is designed to do this, such as the PF5 meter pictured here.  I always take one with me when buying a new computer or laptop.

Some computers and laptops have electric fields that are 50 or more times in excess of these recommended levels. In one store recently I measured a laptop that gave a reading of 7 V/m when plugged into the mains, and right next to it was a similar looking model that gave a reading of a whopping 740 V/m. Manufacturers are not required to declare levels of electromagnetic radiation. The only way to check is to measure it yourself with a reliable meter. A completely different type of meter is needed to check the level of microwave radiation you are being exposed to when using computers, laptops, tablets, cell phones, and other devices that operate using WiFi. For this, I recommend the Acoustimeter, or the smaller and more affordable version known as the Acousticom 2. They are both manufactured in the UK but are available to purchase or hire in other countries.

Jaw-dropping astonishment is a common reaction among my clients when I use one of these meters to show them the levels of radiation being emitted by the devices they are using each day, or the WiFi they are exposed to from external sources such as neighbours’ WiFi or nearby phone masts. Most tell me they wish they had known about this sooner.

We really have reached such a level of WiFi saturation now that, in my opinion, EMF and microwave meters are no longer a luxury items but “must-haves” for anyone who values their health and quality of life. When my husband and I were looking for a new home a few years ago, we took them with us to every home we viewed, and we still use them to test any new piece of equipment that we buy.

Related posts
Is your WiFi keeping you wired?
How to buy a new laptop that won’t fry you

12 Responses to How healthy is your home?