Homeplugs – a good alternative to Wi-Fi 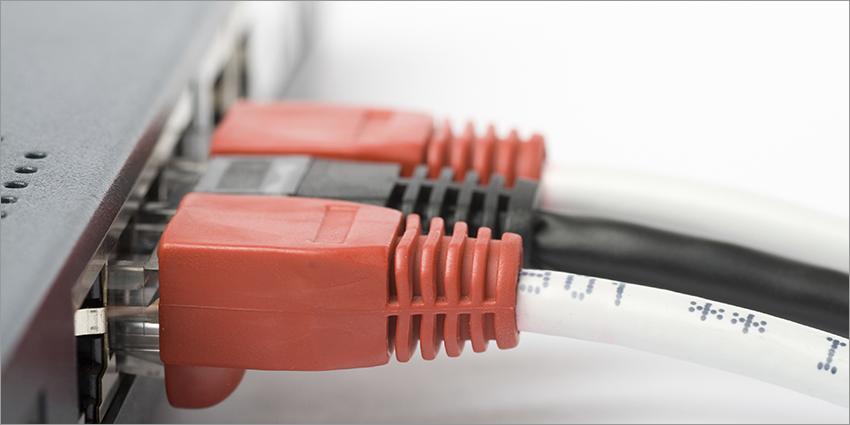 Here’s a solution I often recommend to clients who want to reduce their level of exposure to Wi-Fi radiation but don’t want to go to the expense of installing broadband cabling. Homeplugs can be used to connect computers and laptops to the internet in different rooms of your home using existing mains wiring, with no Wi-Fi or special cabling required.

Also known as dLan (directly networked) devices, homeplugs have been available since 2003 but surprisingly few people know about them. They are purchased in sets, depending on how many rooms you want to have internet access in, and can be used with any router that is connected to a broadband internet connection.

How to use HomePlugs

That’s it. No expensive broadband cable. No drilling holes in walls. And no Wi-Fi radiation.

Cabled broadband is always best but depending on the quality and speed of homeplugs you use, the internet connection with homeplugs is usually faster and more reliable than Wi-Fi. Most systems will allow you to use up to 10 computers or laptops simultaneously, which may result in slower speeds, but the same would be true when using Wi-Fi too.

In terms of health effects, it must be said that homeplugs are not as good a broadband cabling because they do add some radiofrequency (RF) noise to the mains wiring. In most of the homes we have lived in, Richard and I never noticed any effect at all. In one, we found we always had busy dreams and surfed on the surface of sleep rather than sinking deeply if we ever forgot to turn the router and homeplugs off at night. We think the difference was caused by the way the house wiring circuits were laid out.

There may be other effects, too, but experts in this field agree they are negligible and vastly preferable to the known health hazards of prolonged exposure to Wi-Fi.

Having installed your homeplug system, be sure to disable the Wi-Fi on your router and computers or laptops, otherwise it will just keep on running. Some routers have an on/off button that makes this really easy. With others, you have to delve deep into the bowels of the software to turn it off. And with some, you can turn off the Wi-Fi but they have DECT technology built-in and continue to emit high levels of microwave radiation 24/7 regardless.

BT Home Hubs have been engineered to give free Wi-Fi access to anyone passing through your neighbourhood who subscribes to BT broadband. The company claims to have over 5 million hotspots around the UK, and this is how they do it. Great for them, and great for people on the move, but it exposes you to increased microwave radiation in your own home unless you turn the feature off. If you use BT broadband, be aware that it works with any type of router so you don’t have to use the free Home Hub they provide. Just replace it with a different type, such as Netgear, that has an on/off Wi-Fi button that really works.

The homeplug system works best for people sharing a house who are happy to share data too. If you live in an apartment that shares wiring with other apartments, be sure to activate the encryption that is built into the software by entering a different password to the factory default.

Resources
If you have any technical questions about homeplugs, please don’t email me but use the link below instead:

4 Responses to Homeplugs – a good alternative to Wi-Fi