Imagine being Director-General of the World Health Organisation (WHO) and being so hypersensitive to the WiFi radiation of cell phones that you cannot tolerate being within four meters of one that is switched on. 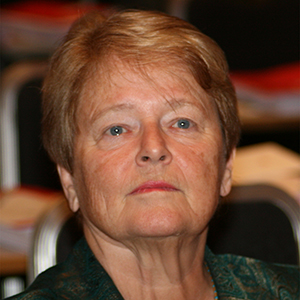 Such was the predicament of Gro Harlem Brundtland, former Prime Minster of Norway for three terms, a trained medical doctor, Master of Public Health graduate from Harvard University, and Director-General of WHO from 1998 to 2003. Her staff and any journalists interviewing her were required to switch their phones off whenever they were near her to avoid triggering the debilitating nausea and headaches she experienced when exposed to WiFi.

Hers is the most high profile example of electrohypersensitivity (EHS), but by no means the first. A Swedish telecommunications engineer, whose symptoms started in 1979, is thought to be the earliest known case, and others emerged in the early 1980s. Current estimates are that somewhere between 1.5 to 10 percent of the world’s population now experiences mild to severe EHS symptoms that include headaches, nausea, heart palpitations, dizziness, insomnia, concentration difficulties, short and long-term memory impairment, earaches, tinnitus, anxiety attacks and depression, all resulting from exposure to electromagnetic radiation.

Sweden, as in most matters relating to electromagnetic (EMF) health, leads the way. EHS is recognised in Sweden as a disability, and a number of hospitals have special low-EMF rooms designed for EHS patients. In Stockholm, people with EHS can apply to have their home shielded from microwave radiation and have the internal wiring replaced by shielded cables, and the Municipality of Stockholm also has low-radiation cottages located outside the city that they can rent. By law, employers are required to take steps to lower EMFs in the work environment for EHS people, by installing low-EMF equipment and removing sources of high EMFs such as cordless phones, wireless equipment and fluorescent lights.

EHS Refuge Zones have so far been set up in France, Italy and West Virginia, USA, and concerns about WiFi have been raised in many countries. The Council of Europe passed a milestone resolution on 6 May 2011 calling for member governments to radically reduce human exposure to electromagnetic and wireless radiation, and to impose a ban on the use of mobile phones (cellphones), DECT cordless phones, WiFi and wLAN systems in all classrooms and schools.

With wireless devices becoming more and more commonplace, some experts are predicting that by 2017, as much as 50% of the world’s population may become electrosensitive to a greater or lesser degree.

Which begs a very interesting question.

If half the population becomes affected, it won’t be so clear which half is ‘normal’ and which half is ‘disabled’. What if it turns out that the people who can already feel the effects of EMFs have normal levels of sensitivity, and the rest of the population is too numbed out to feel it yet? If you doubt me, try cutting out all sugar, junk food, caffeine, alcohol, medications and other stimulants and suppressants, and you’ll soon start feeling energies (and emotions) you weren’t able to feel before.

Of course it’s not quite as clear cut as this. Some people have such a robust constitution that they can withstand far more electromagnetic radiation than others. But as levels of exposure increase, I predict they will start to feel it too.