There are times in life when the gloves need to come off and serious action taken. A radical intervention can resolve a problem before it gets too out of control. 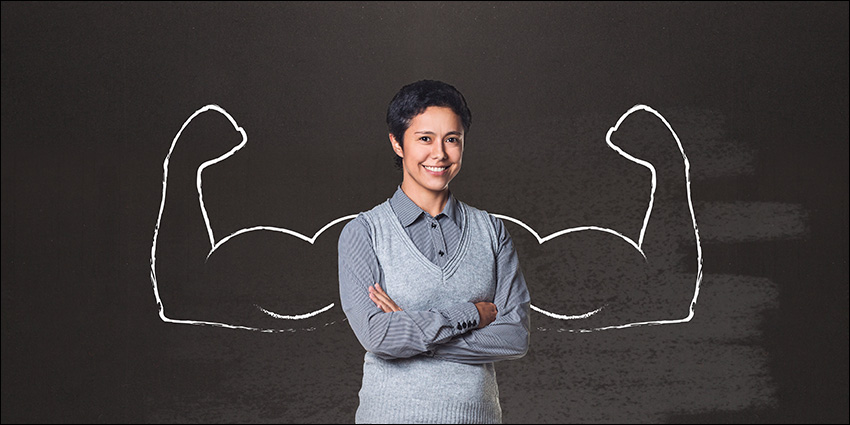 A woman I know once told me about how she straightened out her 13-year-old son, who had been out of control for a while. She’s a very level-headed, emotionally stable, practical person who realized she couldn’t let him grow up as a spoilt, belligerent brat. One day he seriously crossed the line with his disrespectful behaviour and she decided she had to take action.

While he was out, she stripped everything out of his room, leaving only his bed base, a bare mattress (no bedding) and a change of clothes for the next day. She even took his bedroom door off its hinges. She put everything in the garage, locked it and hid the key.

Over the next few weeks, she continued to feed and clothe him as usual, but he could no longer take for granted all the privileges he’d become used to. Each day, he could earn things back by good behaviour. The first items he reclaimed were his bedroom door and creature comforts such as bedding. Towards the end of the period he got back his most precious items – his phone, iPad, laptop and, last of all, his Xbox.

Now aged 19, she describes him as a beautifully well-mannered, self-regulating young man. ‘And,’ she adds, ‘his younger brother knows exactly what will happen to him if he oversteps the mark, so he’s very well-behaved too’.

The techniques she used are what’s known as commando parenting. They establish who’s boss through instilling respect rather than fear. Not every parent can pull this off and not every child responds so well, but sometimes it’s exactly the radical tough love intervention that’s needed. It can make an essential course correction that prevents a child from going completely off the rails.

Another woman told me she used a similarly unexpected approach with her husband, who habitually dropped his worn clothes on the floor at the end of each day. There was a laundry basket in the room about six feet away (approx. 1.8 metres), but he couldn’t be bothered to walk that far and put them in it.

After complaining about this for a long time, she finally decided she’d had enough. While he was out, she gathered up all the items he’d left on the floor and threw them out of the front door. Their house had a large front yard and no foot traffic past it so there was no danger of anyone stealing the clothes, but it sent a very clear message to her husband.

When he arrived home, he didn’t say a thing. He just picked everything up and put it in the laundry bin. When his eyes met her eyes, she very calmly stated, ‘If you don’t respect your clothes, don’t expect me to.’

‘That was the last time he dropped clothes on the floor’, she says, ‘and we’ve now been married 23 years and counting’.

The two stories I’ve just recounted did not involve throwing anything away. The son and the husband were both able to reclaim their belongings after they changed their poor behaviour.

So although commando parenting and commando tidying may seem radical, they are fairly tame compared to commando clutter clearing, which involves throwing someone’s things away without them sorting through them first. If they haven’t agreed to this, it can scar them emotionally for life, so it’s not something I often recommend. However, if someone specifically asks for help of this kind, it can be very liberating.

One woman I remember doing a consultation for had been wheelchair-bound for a year while recovering from an accident. She lived in a second-floor apartment with no wheelchair access so hadn’t gone out much in that time. But she’d discovered online clothes shopping and it had become a hobby. The result was a chaotic, bulging clothes closet and a mountain of dishevelled clothing on her bedroom floor that had grown so high it was no longer possible to reach the windows in the room to open them.

Her aunt had also died that year and her husband had brought most of the contents of her aunt’s house to their apartment and stacked them up to the ceiling in their spare room. He had kept the rest of the apartment immaculate while she was sick, but she had refused to let him throw anything out from the spare room or her own room during that time.

I was there to space clear the energy of her home to give her a fresh start, not to do clutter clearing, but at the end of the consultation I clearly needed to discuss this with her, so I did.

I asked if she knew what was in her spare room and she admitted she had never even looked in there. She also couldn’t remember what lay below the surface of the mound of clothes in her bedroom.

Life’s too short to wait a moment longer

‘What do you advise me to do?’ she asked from her wheelchair, with her husband standing behind her in the doorway of her bedroom, passively listening.

‘Well, since you don’t even know what stuff you have and you clearly haven’t needed any of it in the last year, there are two options as I see it,’ I said. ‘One is to wait until you’re more mobile and start sorting through it all. That will take time.

The other is to get your life back straight away, which will involve hiring a dumpster (at this, her husband looked interested) and finding someone who would be willing to climb over those clothes (more interest), open the window (a big smile), and throw everything out into the dumpster below (broad grin). Then do the same with all your aunt’s stuff too.

‘Do you know anyone who could help you with that?’, I asked, keeping a straight face while her husband behind her madly pointed to himself and made vigorous thumb-ups signs to show how on-board he would be with that plan.

I left her to think it over. When it comes to commando clutter clearing, it’s essential that the person makes their own decision with no pressure from anyone else. I had a quiet word with her husband on the way out to make sure he understood that too.

A week later I received a jubilant email from her saying the deed was done. She had decided to go for it. They had hired a dumpster (called a skip in the UK and other parts of the world), and her husband had positioned it just right so that he could throw everything she had accumulated during that unhappy year of her life out of her bedroom window and out of the spare room window.

She watched TV in another room while this was happening and by the end of the day she had regained control of her home and her life.  ‘Life’s too short,’ she said, simply. ‘I didn’t want to wait a moment longer.’