There’s always more to clutter than meets the eye. The reason for this is that clutter itself is never the problem. It’s only ever a symptom of an underlying issue. 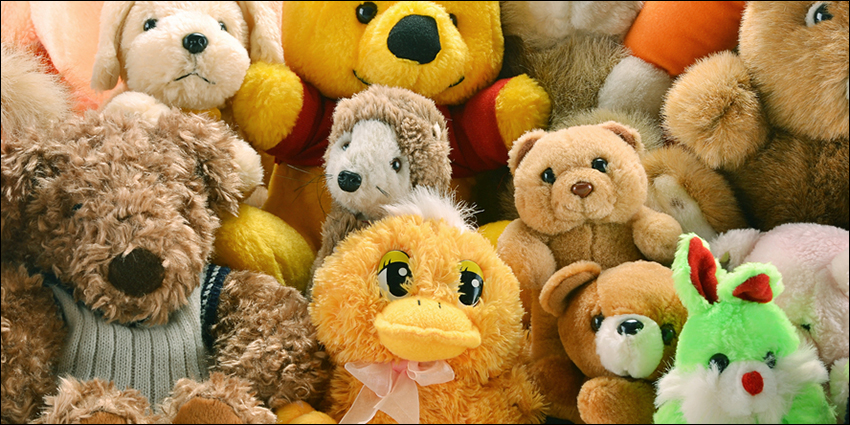 Most people who have clutter think that their home has just got a bit out of control and some day they will get round to sorting it all out. But there is always much more to clutter than this, and the longer you have had it, the more difficult it becomes to see the original cause and the more challenging it is to clear it.

Unless you discover the reason why you accumulated all your clutter in the first place and learn to make different choices in future, the chances are very high that if you do have a clear-out, it will all build up again. That’s why I’m always very happy when a client I am working with or a person who is taking one of my online courses has a resounding epiphany about their stuff that changes their relationship to it forever.

A good example of this is a woman I once knew who truly believed that her huge collection of teddy bears was a joyful indulgence she allowed herself. She had over a hundred teddies, of all shapes and sizes. We did a number of sessions together, going deeper and deeper, until one day she saw through her own subterfuge. ‘Oh my God!’ she gasped. ‘The reason I have so many bears is because when I was small I used to hide myself under a pile of them when my parents were fighting and I got scared. I’m 50 years old now, but some part of me still thinks that having lots of cuddly toys on my bed will somehow keep me safe!’

Epiphany moments like these are so freeing. They allow you to see items for what they really are instead of the stories you’ve been spinning yourself for years.

In that instant, she saw that her teddy bears were her version of a security blanket to help her feel protected. She also realized that they were one of the main reasons why her sexual relationships never lasted long, because she felt too embarrassed to ever invite a boyfriend to see her bedroom. She understood that it was time to let her childhood tactics and most of her teddies go.

Another woman, who took one of my online courses, had a drum practice pad and two pairs of drumsticks she’d kept since she was 13, when she’d had a passing fancy to learn to drum.

During the course it suddenly hit her: ‘Why on earth do I still have these?!’ She had what she described as ‘a forehead-slapping moment’ when she realized she was now 45 and had no plans to take up drumming ever again. ‘It was an identity thing,’ she said. She saw that she’d wanted to be able to say, “Look, guys, I played the drums!” She also thought her son might be interested to take up drumming one day, but he never had.

She immediately advertised  the items on a local website and a man picked them up for his grandson that same afternoon.

The power of epiphany moments

Epiphanies by their very nature are surprising and revealing. In relation to clutter they are also inspiring, motivating, and eye-opening. They take you to a new level of perception that allows you to see why you felt the need for clutter, how you can safely let it go, and why you don’t need to collect more of the same stuff again!

Related article
The difference between organizing and clutter clearing