How to tame car restoration clutter

Car restoration is a hobby that can generate serious amounts of clutter because every item is something that could come in useful someday. Keeping it tidy and organized really helps. 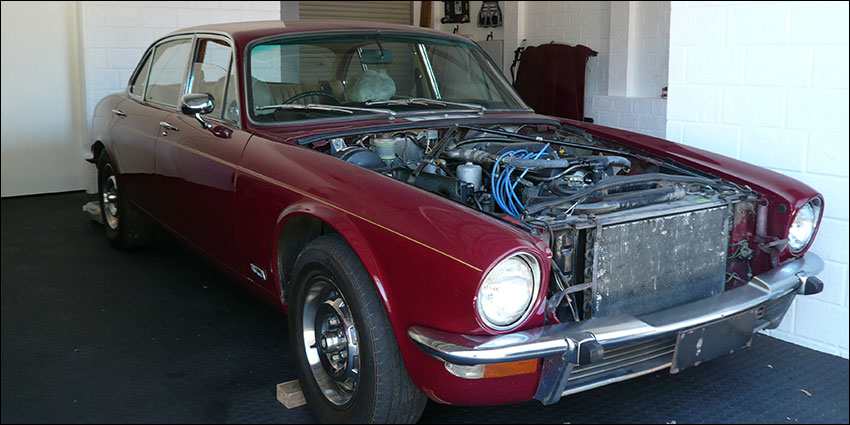 When I buy a car, I expect it to work. It’s a deal-breaker if it doesn’t.

My husband Richard’s idea of fun is to buy a 43-year old maroon Jaguar XJ6 with immaculate bodywork and an engine that doesn’t run. He then scoured the country for two rusty old 307 Chevrolet engines and a TH700 gearbox (whatever that is). From these he hoped to extract everything he needed to get the car working. I thought it was madness, but he loved the challenge.

Over a two-week period, I watched with interest and some growing concern as our previously pristine garage first became home to a car that couldn’t be driven and then to a growing pile of engine bits randomly heaped in a corner alongside old paint cans. I’ve seen too many cluttered garages in clients’ homes over the years for warning bells not to sound.

But I needn’t have worried. Richard had seen far too many cluttered garages himself while out and about looking for all the car parts he needed and he had it all under control.

The right storage makes all the difference

The “before” photo here shows the sad state of disarray that had built up. The “after” photo shows what it looked like by the end of the day after he’d installed a metal cabinet and some racking and got everything organized.

He gave me a guided tour.

On the top shelf was a drive shaft that he needed to check to see if it fits. The next shelf down was for pistons, pulleys and things like that. The middle shelf was for electrical bits such as the alternator, distributor and air-con. I must have temporarily lost consciousness when he explained what’s on the fourth shelf down but came round in time to hear that the bottom area is for something called transmission.

‘And best of all’, he beamed ‘is that after the engine is built, I’ll be able to use the racks for any bits I take off the car.’

He completely lost me there, I must confess. I own a car myself and never feel the urge to take any bits off it because I know it won’t work properly without them. But he tells me that’s Phase Two of the project. Many pieces will need to be taken off, lovingly restored to their former glory and put back in place again.

I stared open-mouthed in wonderment at this point as I mentally racked up how much time this would take and how I would die of utter boredom if I were to attempt it myself.

Three and a half hours from chaos to order

Knowing how many home garages in the world could use a makeover like this, I asked Richard how long it had taken him to do it. I thought six or seven hours, for sure. But no. It took him an hour to go out and buy the storage at our local hardware store, then just two and a half hours to assemble it all and organize the stuff.

The end result is not a thing of beauty or something I would want inside the home. But it’s as presentable as a collection of rusty old car parts can be and it tranformed the garage into feeling orderly instead of sinking into chaos. Richard could now find what he needs without rummaging around and I had a tiny bit more understanding about what the appeal car projects could possibly be.

In many homes, the garage is the man’s domain. But what many people don’t realize is that the state it’s kept in affects everyone who lives there, so it’s in everyone’s interest to bring it under control. It takes three simple steps:

1. Get the right storage
2. Group things according to type
3. Discard what you no longer need or won’t fit in the space

For Richard this was a one-off project – something he’d always wanted to do. He assured me that when he’d finished, he’d sell the storage cabinet and racks, dump anything he didn’t use and just enjoy driving the car. And if it turned out he didn’t have time to complete the project after all, he’d sell the car and parts for what he paid for them and move on. The trick to a happy life is to keep up to date so that energy doesn’t stagnate.

All the garage clutter has gone and there’s a beautiful, fully restored and fully functional car in its place! 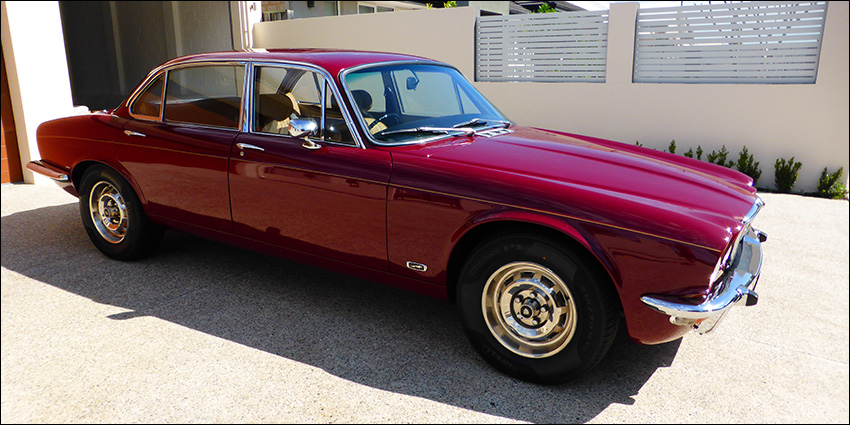 Related article
What the state of your car says about you

3 Responses to How to tame car restoration clutter