An insight into hoarding behaviour 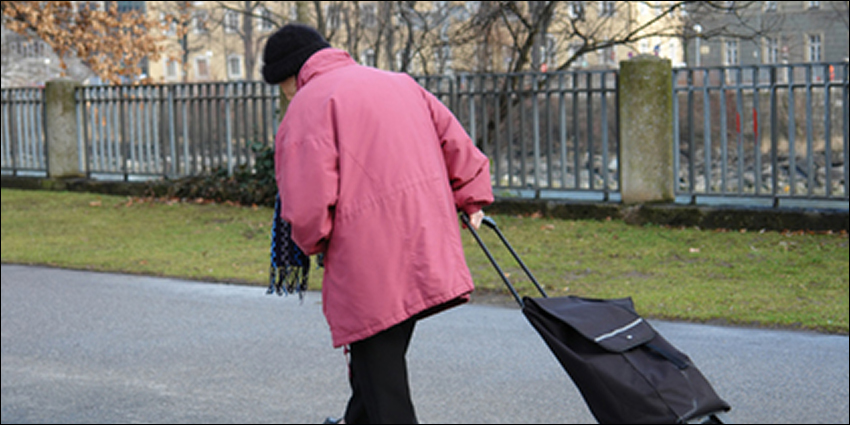 An aspect of hoarding behaviour that is not often discussed is the loneliness it can bring.

Can’t Have Anyone Over Syndrome

Can’t Have Anyone Over Syndrome (known as CHAOS for short) is what happens when a person’s home fills with so much stuff that they feel too ashamed to let anyone else see it. The longer this goes on, the more lonely and isolated they are likely to feel. It can even get to the stage where there is so much clutter they are too embarrassed to let workmen in to repair broken appliances.

One woman I worked with lived like this for over twelve years. Every room in her 3-bedroom house was piled high to the ceiling with clutter, and the only place she could sleep was in the hallway near the front door, on a small mattress that she kept propped up against the wall during the day. Her two dogs slept next to her, which meant she didn’t get much rest because they moved around and fidgeted all night long. Her heating, hot water system and toilet had packed up long ago, so the only functioning plumbing she had was a cold water tap in the kitchen. She used this to wash her dishes and bathe herself. To flush the toilet, she used a bucket of water that she carried up the stairs to the bathroom.

Like many people I’ve met who have hoarding behaviour, she was an intelligent, well-educated, warm-hearted person. She was appalled at the situation she had got herself into but felt powerless to do anything about it.

The first time she invited me to visit, she repeated over and over as she showed me around, ‘I can’t believe I’m doing this,’ meaning she couldn’t believe she was actually letting someone see the truth about how she lives. She had so much shame about it that she never revealed her problem to anyone. She only let me in because she had become so desperate for help.

Material possessions as a substitute for relationships?

Some people theorize that hoarders have an inability to form relationships with people so they gather objects around themselves instead. In some cases this is true, but for many it isn’t. A significant part of the depression they feel is likely to be because so many of their friendships have slipped away. When helped to sort through their things, this type of hoarder will create huge piles of items they want to give to people they know, in an attempt to foster whatever tenuous relationships they have left. But unless their friends are hoarders too, the gifts are usually in such poor condition that they are likely to be thrown straight into the bin by the recipient.

So there they are, trapped in their home with all their possessions around them, realizing how lonely life has become. Abandoned by family and friends, shunned by neighbours, and largely ignored by local authorities, many are utterly alone in their predicament. An estimated three to five percent of people living in the West have hoarding problems, which means there is someone with hoarding behaviour in just about every street now.

What can be done?

It’s a sad state of affairs and one there is no easy answer to. I don’t profess to have a sweeping solution. Each person is unique and requires an individually tailored approach. But if my writings in some small way can help to change the toxic stigma attached to hoarding and replace it with some measure of insight and compassion, perhaps more people stuck in this situation will feel able to seek help, and perhaps more help will be forthcoming.

One thing I do know. Trying to change a hoarder doesn’t work. They have to want to change, and some would rather die with their clutter than go through the distressing process of dealing with it. Ultimately, the best help of all is spotting hoarding behaviour before it becomes too entrenched. Support given at that early stage can usually be very effective. But for that to happen there has to be more public awareness and more reaching out from the local community rather than ignoring the issue and hoping it will go away.

13 Responses to An insight into hoarding behaviour