Why air fresheners don’t freshen anything

Air fresheners emit a range of toxins that are known to be hazardous to health. So why on earth do people continue to use them in their homes and cars? 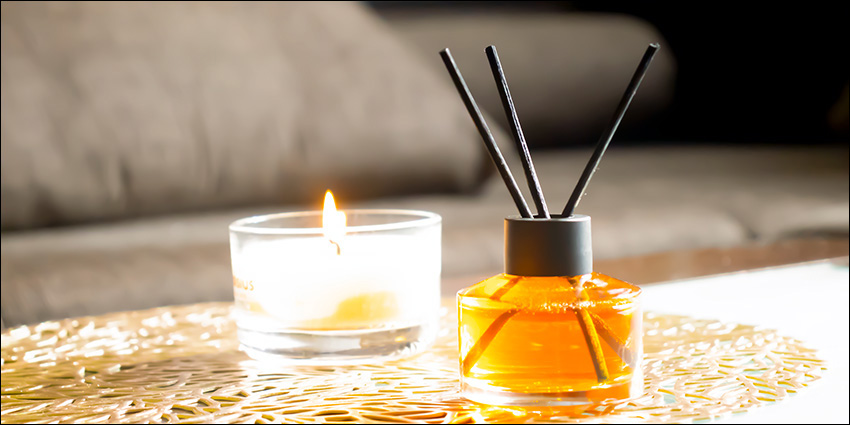 While house hunting earlier this year, the owner of one of the properties we viewed had lit scented candles for our visit and then left the house while the estate agent showed us around. She must have thought the artificial aroma would impress us, but it had completely the opposite effect. It was so overpowering that we rushed through the viewing and escaped to the street as quickly as we could, gasping for air.

However, air fresheners do not freshen the air at all. They work by producing a chemical reaction in our nasal passages that trick us into thinking external smells have changed.

This deception is brought about by the use of over 100 different chemicals, including acetaldehyde, benzene, d-limonene, formaldehyde, parabens, phthalates, styrene, toluene, xylene and 1,4-dichlorobenzene. Some of these are known carcinogens or neurotoxins and can cause eye, skin and throat problems, headaches, asthma attacks, respiratory issues, neurological disorders, hormone and endocrine disruptions and ventricular fibrillation.

The products continue to be sold because manufacturers are not required by law to prove they are safe to use or even disclose the ingredients. Like other fragranced products, they fall under the mantle of protected trade secrets.

We have now reached a situation where a UK study in 2021 found that the use of indoor aerosols (which includes air fresheners, hair sprays and deodorants) now produces more air pollution in the form of volatile organic compounds (VOCs) than vehicle emissions do outdoors.

The Environmental Protection Agency in the US has come to similar conclusions. Its website states: ‘a growing body of scientific evidence has indicated that the air within homes and other buildings can be more seriously polluted than the outdoor air in even the largest and most industrialized cities’.

How crazy is that? People are using fragranced products, thinking they improve the air quality in their home, when in fact they are only adding to the problem. And don’t think for a minute that “green” air fresheners are any different to regular brands. When tested, they have been found to be just as toxic. Even diffusing essential oils can be hazardous to health because of the way the oils chemically react with ozone and other substances in the air.

The human nose has phenomenal capabilities. Using air fresheners affects its functionality and has a dumbing-down effect on our natural sense of smell.

A Scottish nurse named Joy Milne, for example, can smell Parkinson’s Disease (PD) long before the illness physically manifests. Her husband was diagnosed with PD when he was 45, but she first smelled it 12 years earlier. She describes it as having a musky aroma, which doctors have now discovered is caused by a chemical change in skin oil.

In a test conducted at Edinburgh University, Joy was given twelve T-shirts to smell, six of which had been worn by PD patients. The results at first were thought to be flawed because she identified seven of the T-shirts as being impregnated with the smell of PD. However, eight months later the owner of the seventh T-shirt got in touch to confirm he had been diagnosed with the disease. As in her husband’s case, she was able to smell it before the physical symptoms appeared.

Most people do not have Joy’s heightened sense of smell. However other sweaty T-shirt experiments have revealed that couples can sniff out a genetically compatible mate and a partner’s smell can make us feel less anxious. These tests were conducted with ordinary people. However, they only worked when no artificial fragrances of any kind were present. They interfere too much with natural abilities we all have.

Somehow, millions of people have allowed themselves to be convinced by clever marketing that they and their homes and cars smell so bad that air fresheners and other fragranced products are desirable, necessary and safe. They are none of these things.

First, check if your local hazardous waste collection centre recognizes air fresheners as hazardous waste. It’s unlikely  they will, but if they do, that’s great. Collect up any you have, take them there, and never buy them again. The only other alternative is to throw them away in your general waste, where the chemicals will pollute the area of the landfill site they end up in. That’s very unfortunate, so best avoided, but until the world comes to its senses and legislation is passed to prevent manufacturers from making these products in the first place, it may be your only option.

If you have been using air fresheners to mask unpleasant smells in your home, locate and deal with the source of the odour. Baking soda can work miracles and improving your ventilation will also help. These are much better solutions for your long-term health and wellbeing.

And don’t stop there. Richard and I stopped using fragranced products in our home decades ago, including soaps, shampoos, laundry detergents, fabric conditioners, cleaning products, deodorants, and so on. Unscented versions used to be very hard to find, but they are much more widely available now. Do an internet search for “fragrance-free” and the type of product you are looking for. Your nose will thank you, and your body too.

8 Responses to Why air fresheners don’t freshen anything